First let me break down our trip for you before I begin blogging. Brandon and I decided that we wanted to take a vacation for our anniversary this year so we decided on Disney World. Although I was excited about this choice I could not bear going without Brooke or going for 8 days without her completely. So we had a solution, we brought her with us, well at least for part of the trip. My mom came along too and so all 4 of us were there for 4 days then Brooke and my mom headed back to Texas and Brandon and I spent another 4 days at Disney world on our own. Ok…So now that the explaining is done. Onto our first day at Disney World:

Day 1: We arrived in Orlando and headed straight to our hotel “Animal Kingdom Lodge” we used the Disney’s magical express which I HIGHLY recommend if you are planning on going to Disney. Once we got checked in, took a look at our room, we headed out and made our way to Hollywood Studios! Brooke’s favorite thing here was meeting the characters. We actually got to meet a ton of them because a worker told us to stick around and all the characters would come into the building before the parade. This was awesome and Brooke sure did love the characters and the characters loved her. Her favorite character at this stop was Lotso, the bear from Toy Story 3. 2nd runner up but became very close to first was Mickey. After meeting the characters we had dinner at the Hollywood and Vine restaurant where Brooke fell asleep literally while eating. After dinner we headed over to see the firework and water show Fantasmic. We had a great first day at Disney’s Hollywood Studios!!! 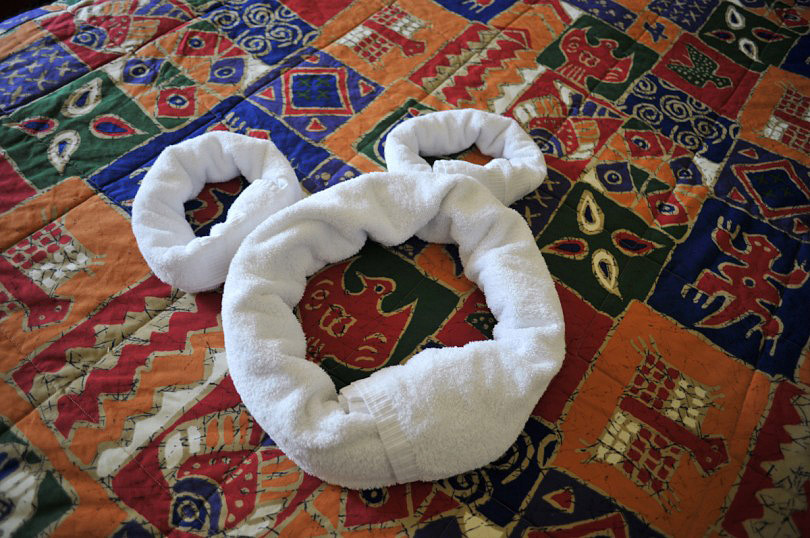 A towel they had on our bed when we arrived! 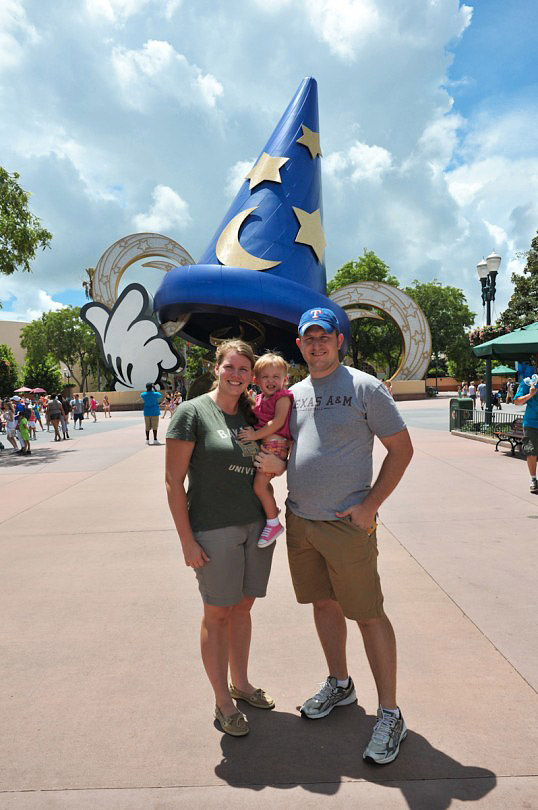 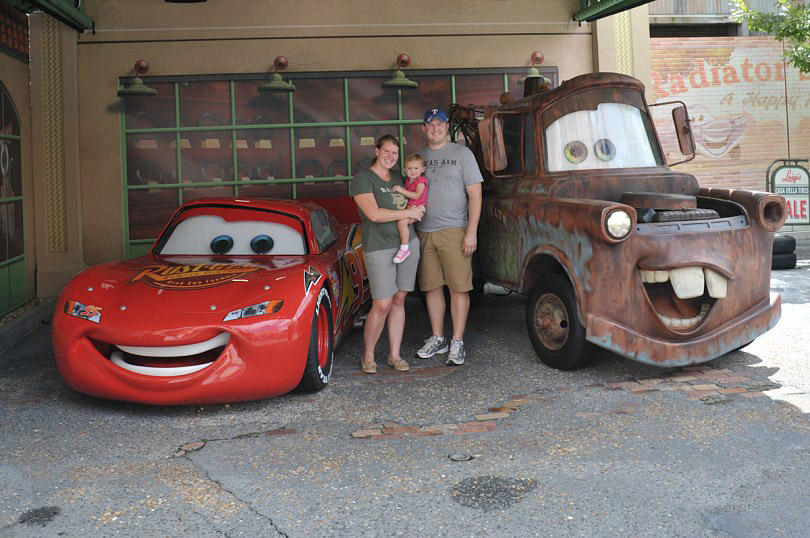 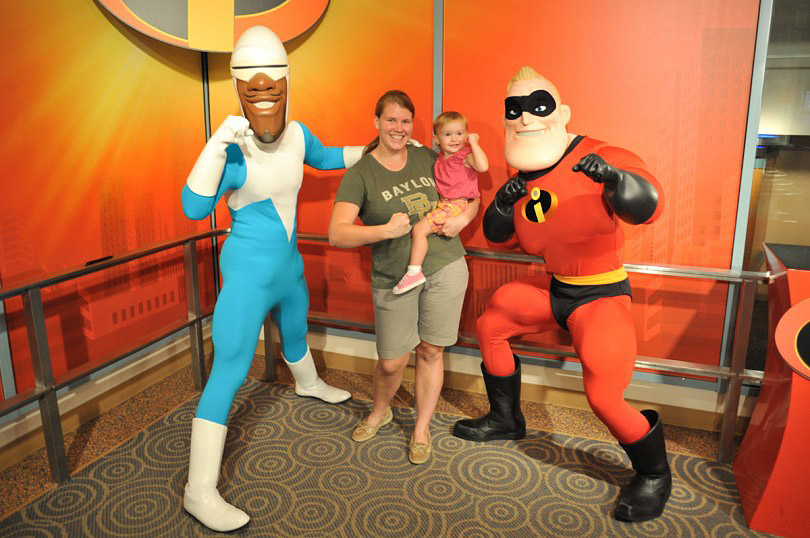 Showing our muscles with The Incredibles! 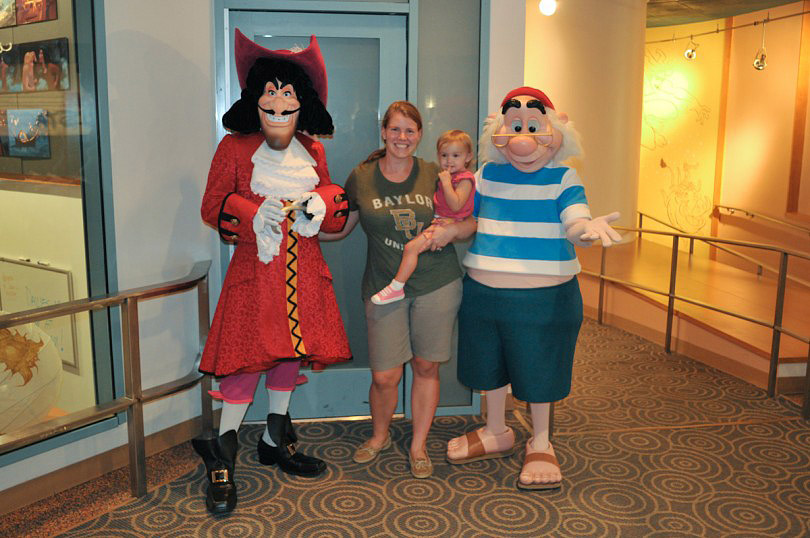 Captian Hook and Smee, we really only liked Smee 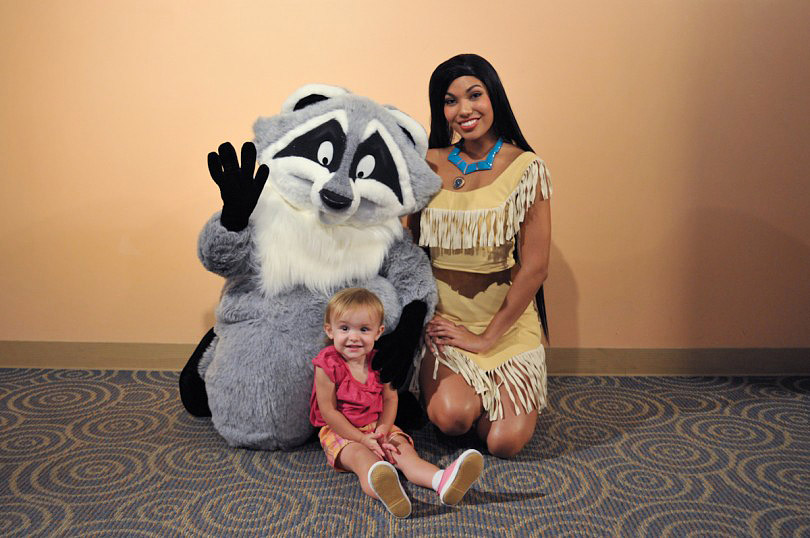 Brooke liked to sit with the characters 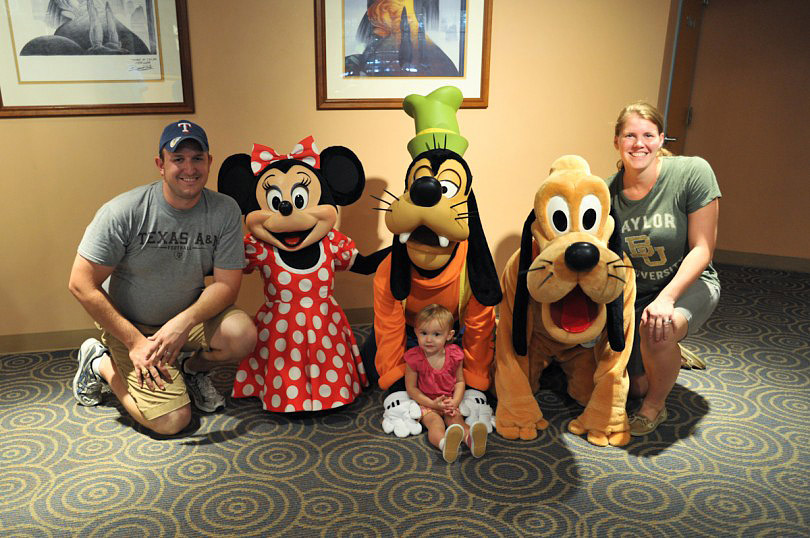 I just love this picture! 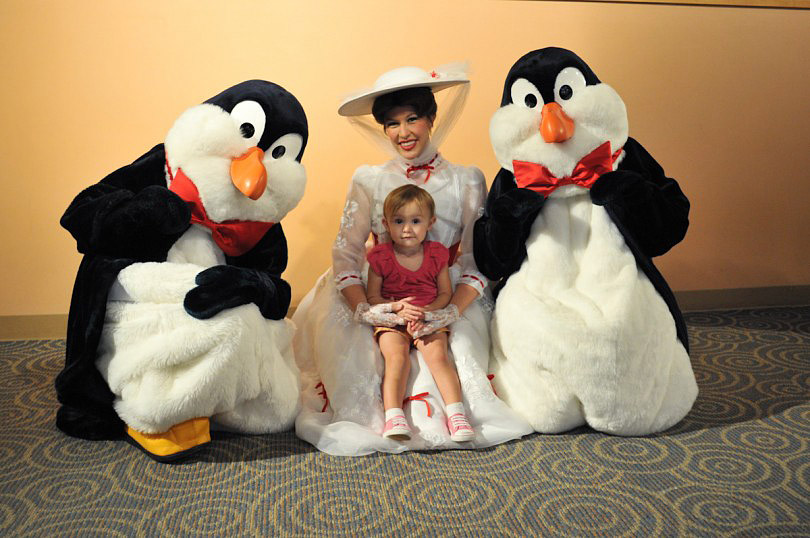 Mary Poppins and her penguins, she told Brooke that she was practically perfect! 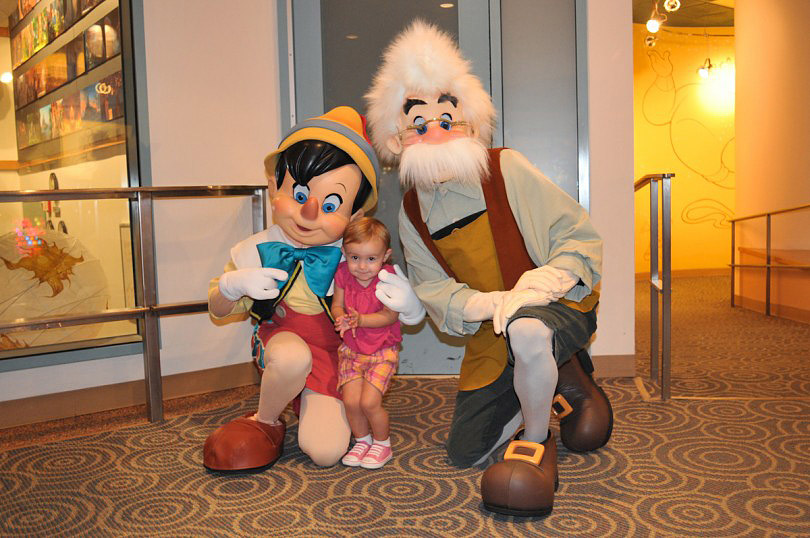 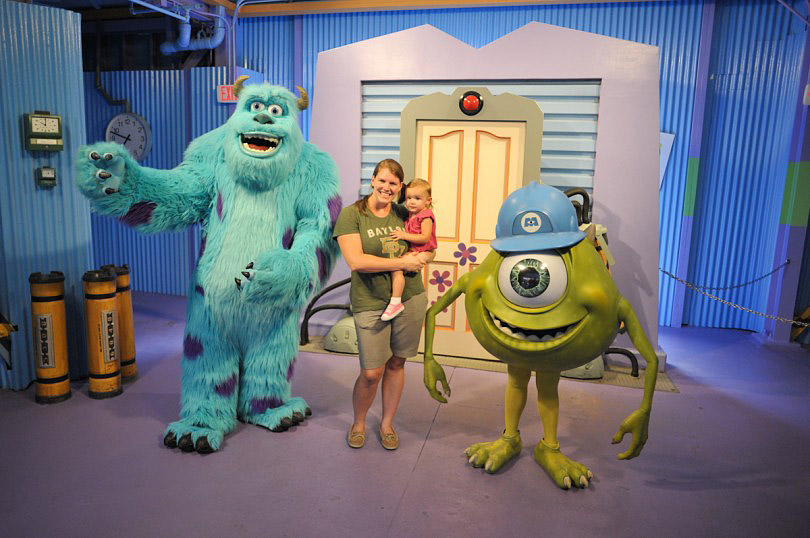