Day 5 had arrived and this was the morning Brooke and my mom would be leaving. I was so sad to see them leave but was also looking forward to spending time with just Brandon here at Disney World. They left around 9am so after that Brandon and I headed back to Magic Kingdom for the day. We headed back to our hotel a little early so we could get cleaned up and then went to a fancier dinner on the top floor of the Contemporary Hotel at California Grill. This was a neat restaurant because you could see the entire Disney world resort from the restaurant. They even had observation decks you could go out onto to view all of Disney World. After dinner we did go back to the Magic Kingdom and then called it a day before the fireworks show began, this was so we would beat the crowd!!! Even though it was sad to have Brooke and my mom leave us the rest of the day was fun for Brandon and I!!! 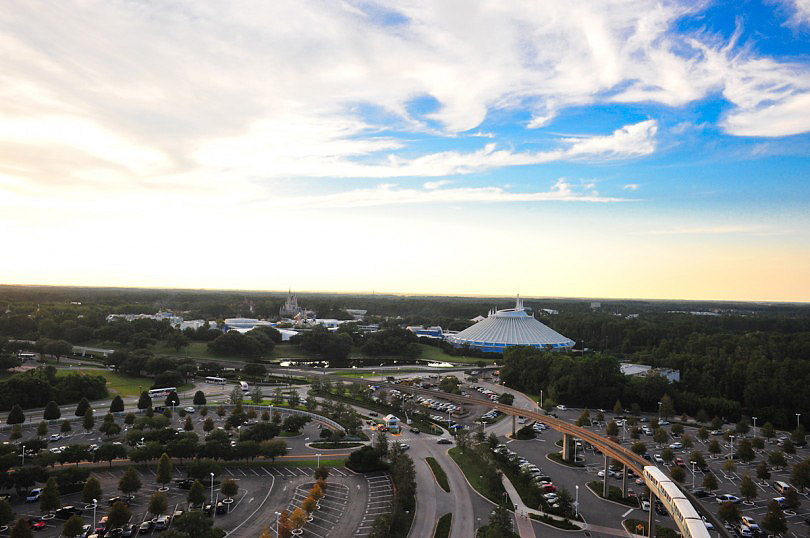 Part of the view from the observation deck at the California Grill.

Autumn with all of Walt Disney World behind her.

Capturing the park at night.

Electrical Parade, always one of my favorites!

My Mickey Mouse rice crispy treat, it was sooo good!