Today Brandon and I went to Hollywood Studios and had lunch at the Prime Time cafe. I think Hollywood Studios ended up being Brandon and I’s favorite park to visit when it was just us two. They have a animation academy you can attend to learn how to draw characters. We really enjoyed this and ended up doing this several times. We drew Stitch, Tinker Bell, Minnie Mouse, Chip, Woody, Pluto and some fly from Princess and the frog. Later that afternoon we went to Epcot and watched the firework show Illuminations. This show was so good, the fireworks were so close and loud which made it so neat to see. The park also stayed open late for Disney resort guests. So we rode a few rides before leaving. We also decided not to take along our camera and to just use the photo pass photographers at the park if we wanted our picture. So when I get those pictures I will post them! 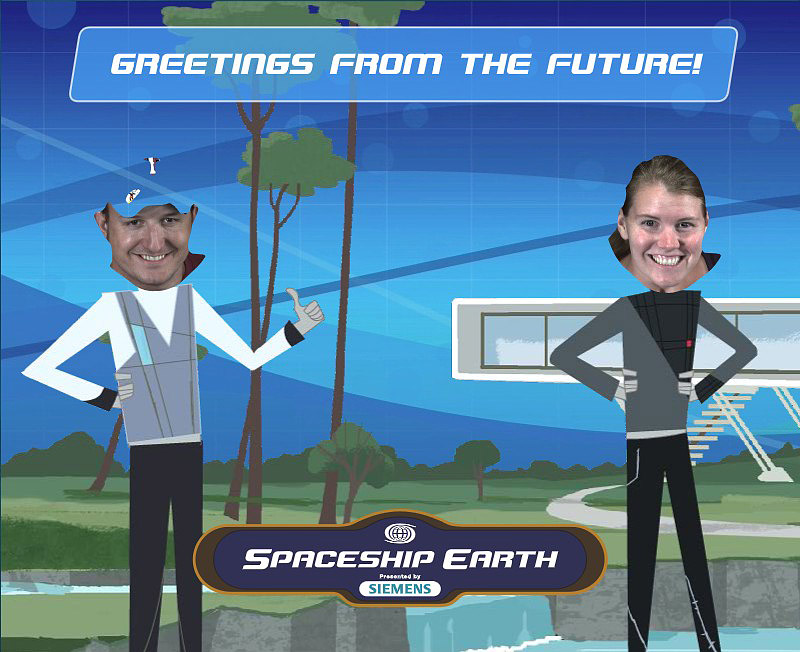 Our picture from the future, lol.