The past 4-5 weeks have been super busy for us and so no running was really taking place, other than a few short runs here and there. We also were lazy the last few weeks in our discipline to run so that didn’t help. We had already signed up and paid for this race so we were going to run in it no matter what. I was kind of dreading this race sue to the lack of training and just running in general.

We bought an Ipod shuffle and I used this during the race. I hadn’t ran with music before so I was looking forward to something new and maybe something to motivate me throughout the race. It was awesome for the first 3-4 miles. After mile 4 it was ok but not as great as those others miles because now my body began to feel the burn from running. At mile 10 the shuffle then decided to be fuzzy and I could not make out a single word really from any song it played. I was bummed! This is when I really needed it, or so I thought. I didn’t finish in great time and was bummed about that, but hey I finished! Brandon did awesome. He stayed with the pace group the entire time and even passed them at the end, I fell behind the pace group around mile 6.

We both finished, which I am so very proud about and neither of us finished last! This was my 4th half marathon, 3 of which have been completed in the past 6 months. This is impressive to me because never did I think I would be running these races much less 3 of them in a 6 month period. I am not sure what race we will be doing next, but I am sure there is one in the not to far distance we will be participating in! 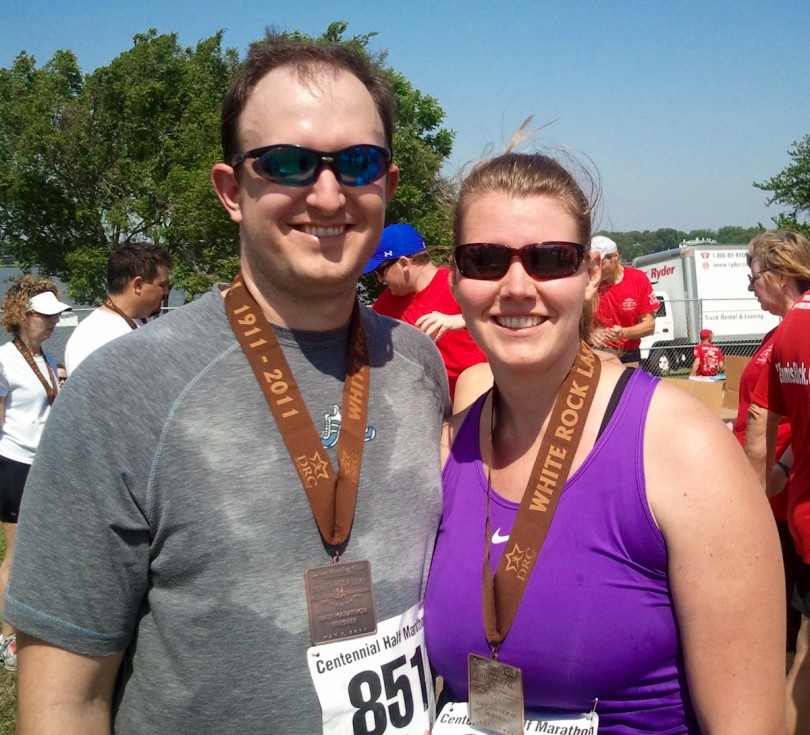 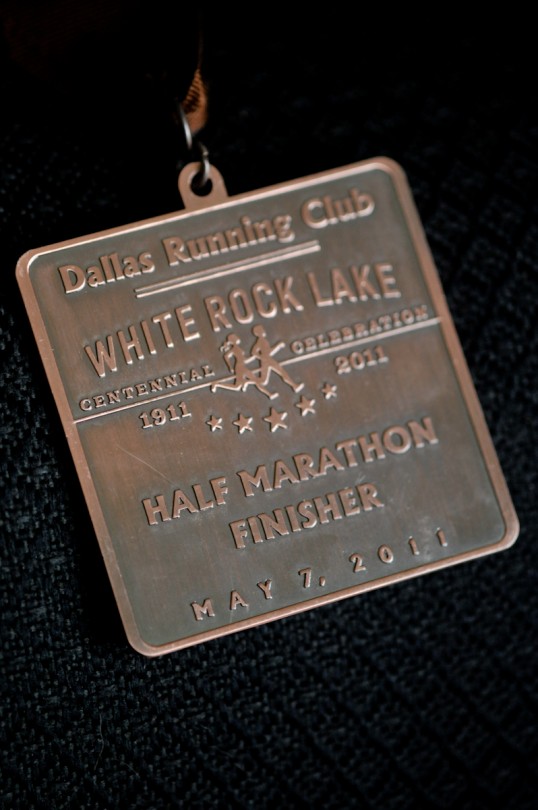