Well tonight we go to go to another Dallas Stars game. I absolutely love going especially when we get suite tickets. Thanks again to Papa for those! Before the game started I let Brooke take a few pictures with our camera and she actually did pretty good on most of the shots. 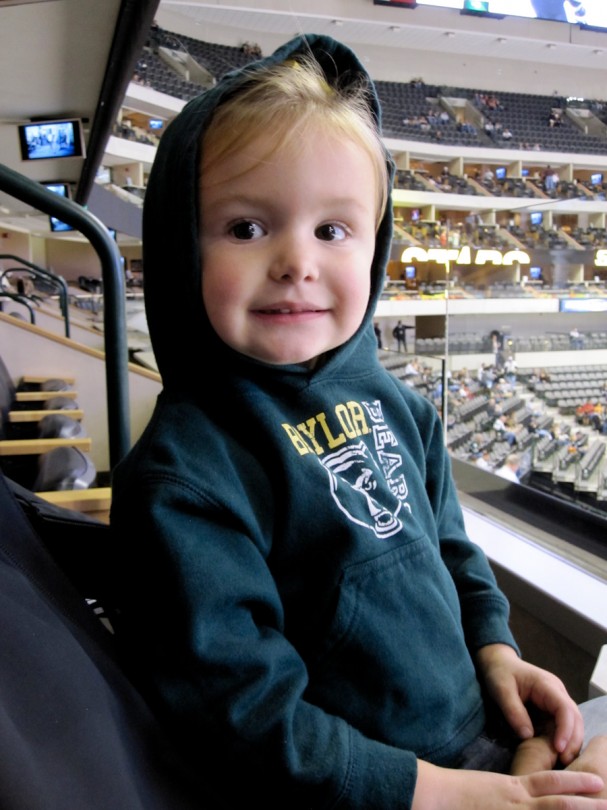 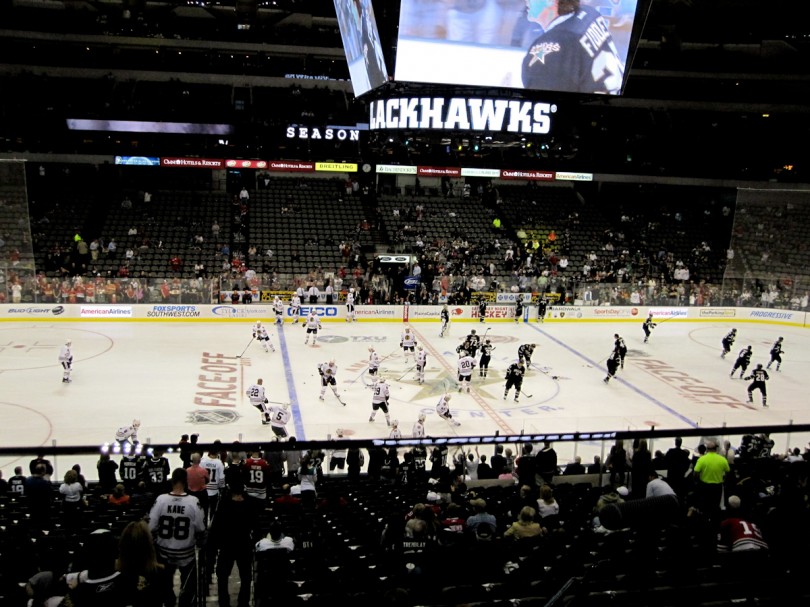 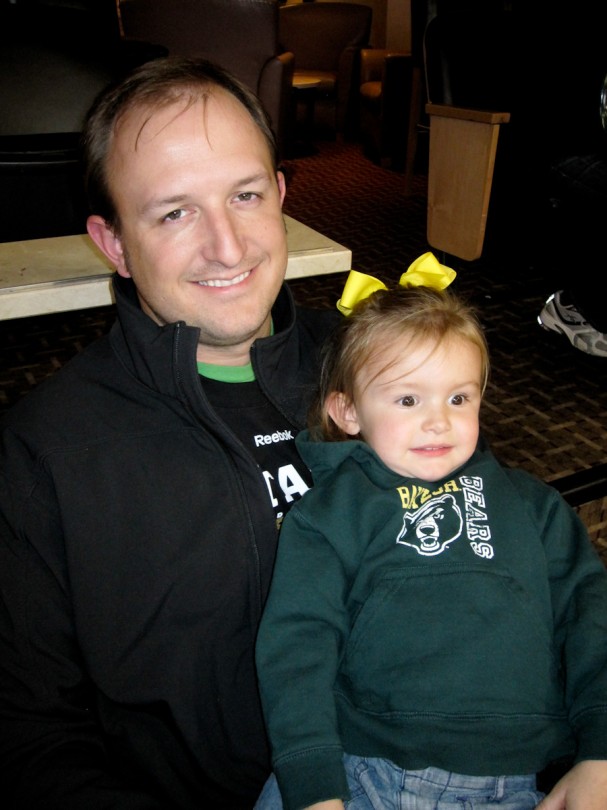 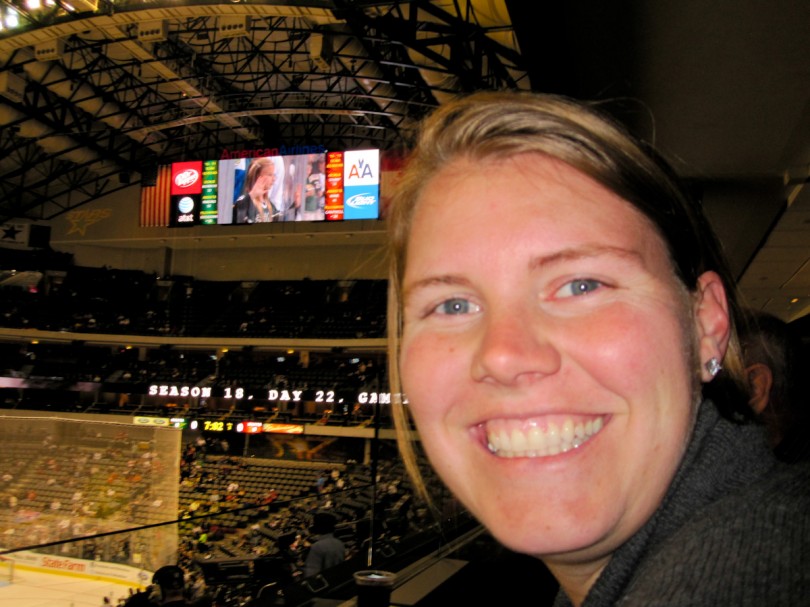 Brooke's picture she took of Mommy!

Before the game started I decided to go to the bathroom, as I was walking out, I saw and walked right next to Mike Modano and his wide Willa Ford. I got back to the suite and told Brandon who I saw then realized they were only a few suites down from us. I was pretty excited to see a “Star.” 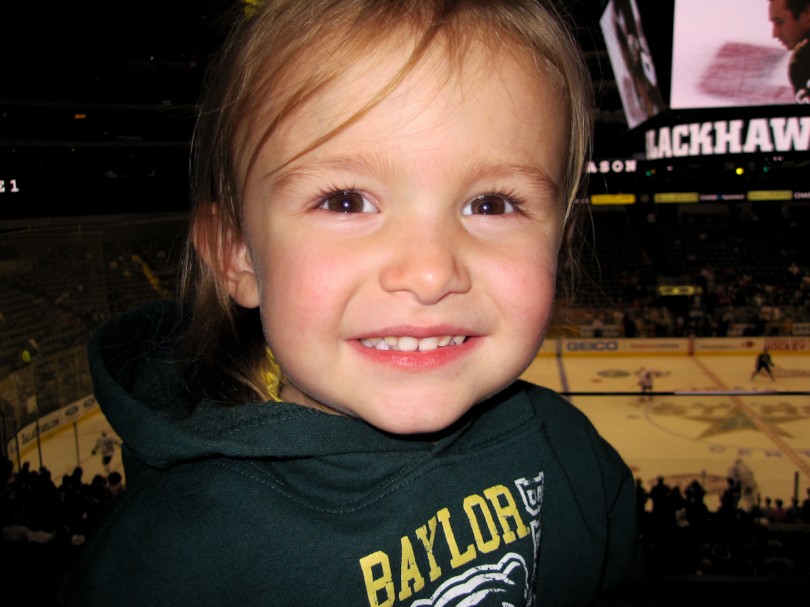 Later Brooke had to go to the bathroom so I took her and we ran into Willa in the ladies room. Once we walked out we saw Brandon and so we waited on him to finish. He walked out right after Mike in the men’s room! CRAZY. Since we were all in the hall I decided to ask for a picture. They both were so very nice and Willa loved Brooke. Brooke was being shy so she wouldn’t talk to her. 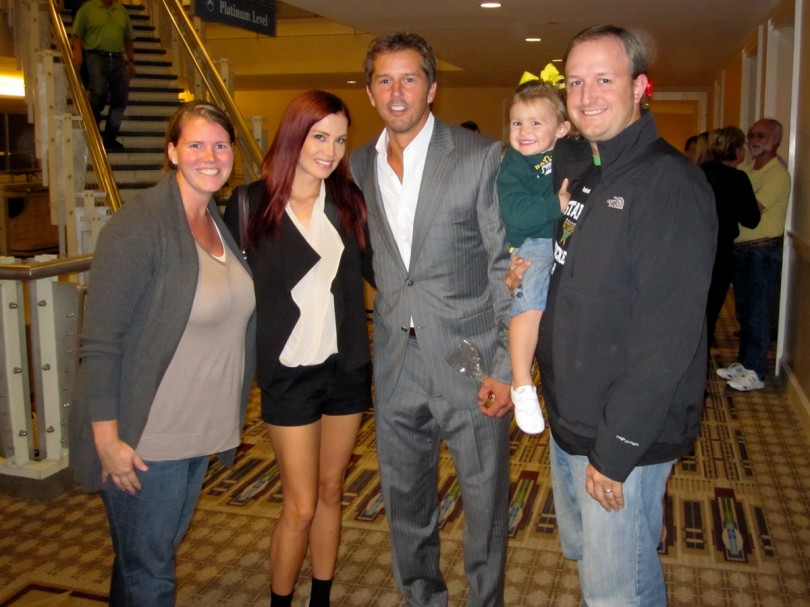 As we watched the game we then saw that Ian Kinsler, Derek Holland and another Texas Ranger. As we were leaving we got to see them closer! Also, when we were getting in our car I saw and spoke to Dale Hansen and then saw Steve McCauley from Channel 8 news. 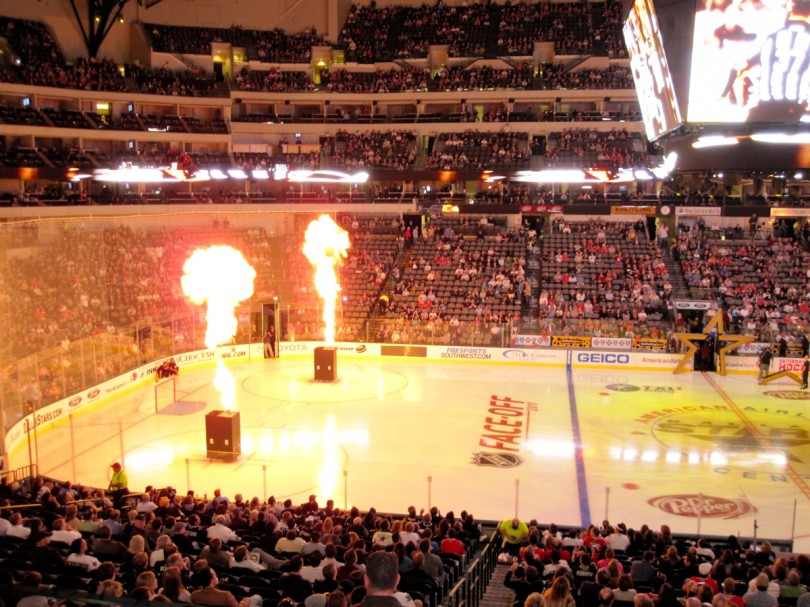 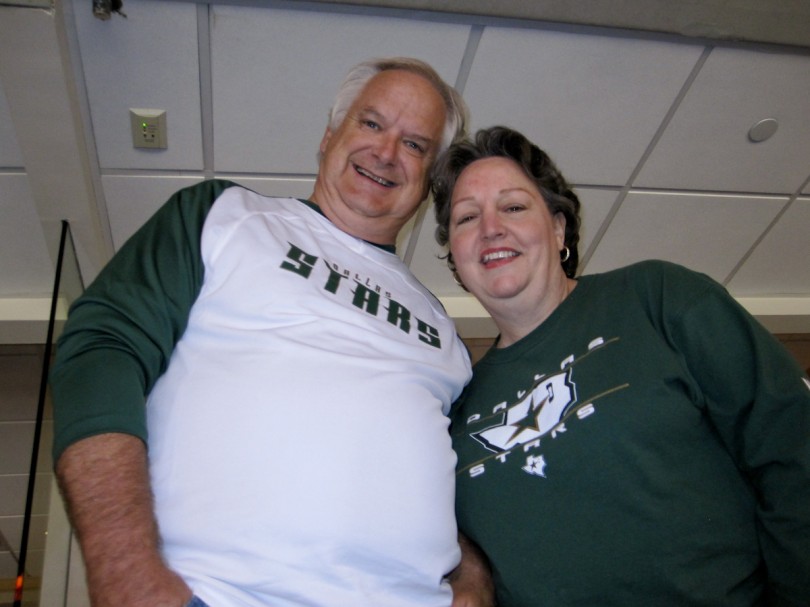 So tonight was filled with watching the Dallas STARS and seeing STARS with all the famous people we ran into.

Looks like you all had a really good time – Brooke is so so cute in her Baylor hoodie – but then
she’d be cute in anything!!