Super Glue and the ER

I woke up and had my mind set for us to go out as a family to walk, run and ride bikes. We all got dressed, went outside to find it was a bit chilly and sprinkling just a tad. Brandon suggested him and Luke stay home and Brooke and I go out and walk and ride bikes. Brooke is getting much better at ridding her bike. The first time around the block was kinda of frustrating. She just whined and cried a few times, but then once she built some confidence her bike skills were awesome. So after a battle around the block we were now ridding and walking together perfectly!

But then, she went down a little hill and since the road was slick due to the rain her bike slipped and made her fall off and into a small puddle of water. She then began to cry again because her pants were wet, but I continued to encourage her saying she wasn’t hurt and she did a great job at falling and getting back on her bike. With the tears now dried up we were 2 houses away from our house when my cell phone rang. It was Brandon, telling me to come home that he got super glue in his eye.

I made Brooke get off her bike quickly, pounded on the door, put her bike in the entry way and went and checked on Brandon’s eye. Sure enough he had super glue in his eye. I then got into my hurry mode and get in the car.I wasn’t sure if it caused blindness or damage to the eye and I wanted him to be seen as quick as possible. I got the kids and Brandon in the car and drove to an urgent care place. I dropped Brandon off who seconds later came out and said we need to go to the ER.

I was freaking out a little inside but knew I needed to stay calm and just get to the ER as soon as possible. On the way I called his parents to have them come and help with the kids while we were there. We got to the ER with only a few people in front of us and got seen fairly quickly.

Once we got back in a room, they numbed his eye with some drops that stung pretty good, but then made all the pain go away. After that they put some dye in his eye to see if any super glue was still in there. They used a magnifying black light to see into his eye. The doctor asked if I wanted to see and of course I said yes. It was very interesting because you could tell where the super glue attached, where it scratched across his cornea and then released. The good news was there was no more super glue in his eye. The bad news was he had scratched his cornea and had to go to sleep for the next 18 hours for his eye to heal.

Once the doctor left, I was explaining to Brandon want I saw and decided I would try and take a picture of his eye while holding the black light magnifier myself. We did this quick and sneaky! You couldn’t tell in the picture but it was still cool to do! Once we got home I had him look with a blacklight in the mirror to see if still would glow and sure enough it did and you could see the spots where the glue had attached and detached. Brandon had to rest the rest of the day and evening and unfortunately had to miss out on my awards banquet that night for the Lone Star Arabian Horse Club. But, thankfully he is going to be ok and his eye sight will return to normal tomorrow!

So how did Brandon get super glue in his eye? Well, he was tying a rubber skirt onto a bass jig. Then he was going to put a small dot of super glue on a certain spot but the super glue had dried up. He then squeezed harder and a lot of the super glue came out and glued the jig to his fingers. He then pulled his finger off then jig, and when he did the glue on the skirt of the jig flung up into his eye. At first his eye was glued shut but he pulled it apart and then was trying to see if he had glue in his eye. That’s when he called me to come home and check out his eye! 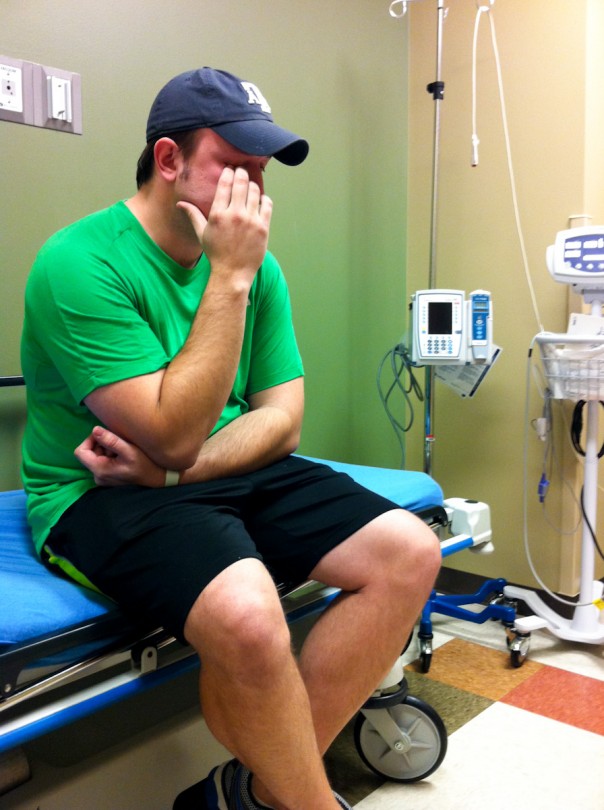 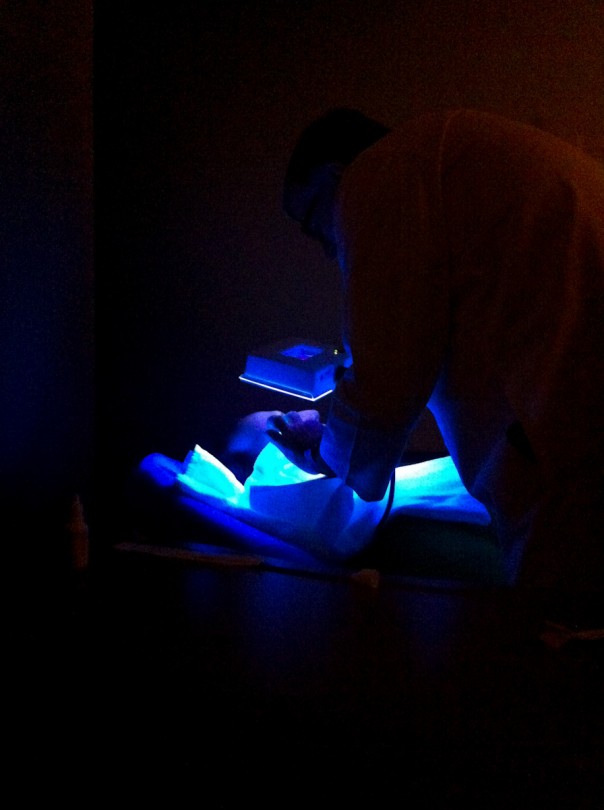 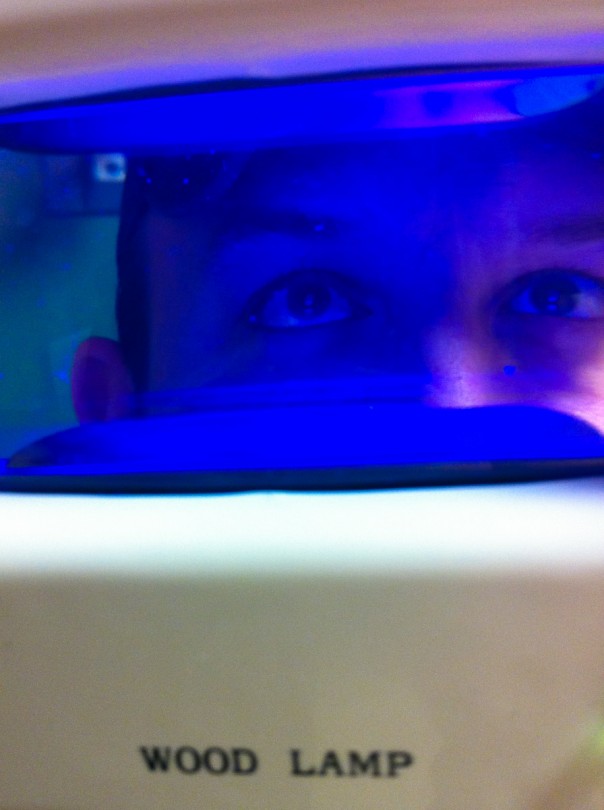 Yikes! That was a close call, and we are sure happy he’s going to be ok. Be careful with that stuff!