We arrived in Grove, Oklahoma Thursday night pretty late, so once we got there we just crashed at our hotel. The next morning everyone but myself and the kids went out to the lake to watch the fisherman launch their boats. I decided it would be best for the kids and I to stay in bed, warm and asleep while they went out in the frigged cold to watch the boats launch. 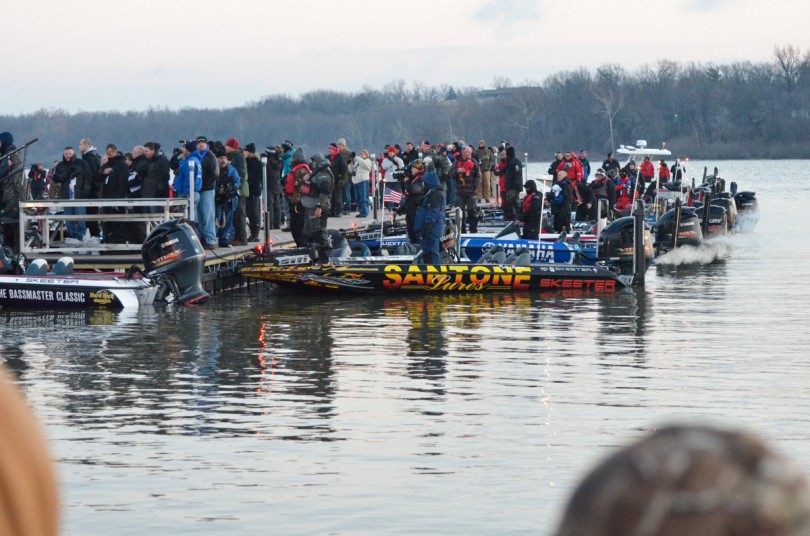 Once they got back we ate some breakfast and then decided to drive around and look for some angler’s out on the lake. This was fun for me. It was like a scavenger hunt for men on boats on a big open lake! We found our first one and although we didn’t get to see him catch any fish we did happen to catch him taking a leak in lake. 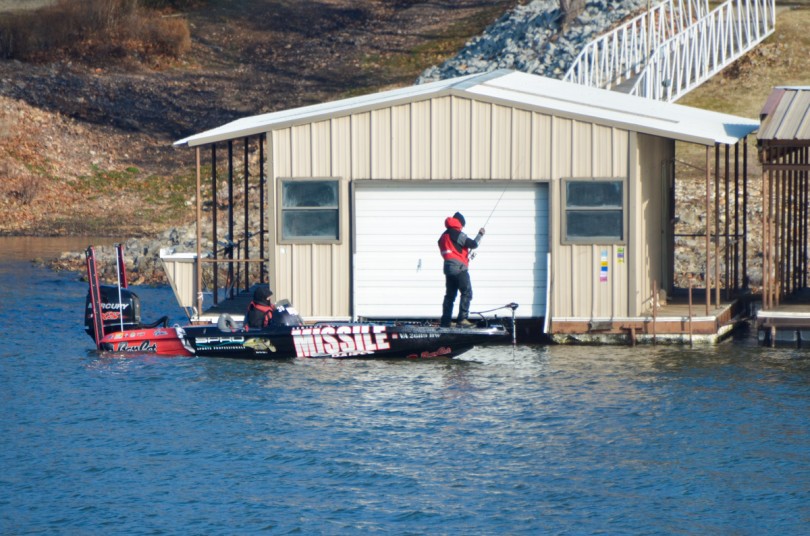 The next angler we saw was Chris Lane. He won the Bass Master Classic last year and we heard him at seminar to too long ago, so it was very cool watching him. We found us a empty lot and sat and watched. Again, he didn’t catch anything while we were watching but still cool to find him! 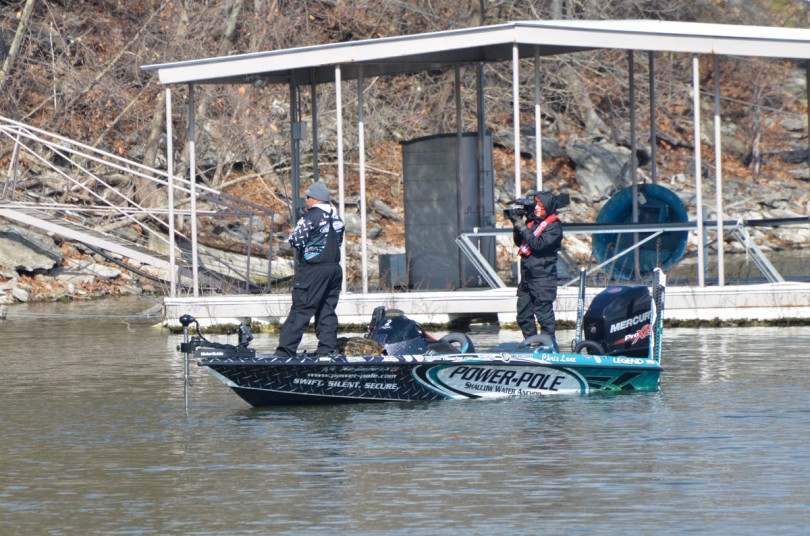 We then took a break from our hunt and went to the boat show. This town was so cute and their boat show was small but entertaining! Brooke and Luke were chosen to get free life jackets. Luke decided it was easier to lay down in his rather than stand or sit. He kept falling back so he just stayed there. Brooke also got to touch a snake and learn about it. She thought this was very cool and we even had to go back for a second time for her to see it! 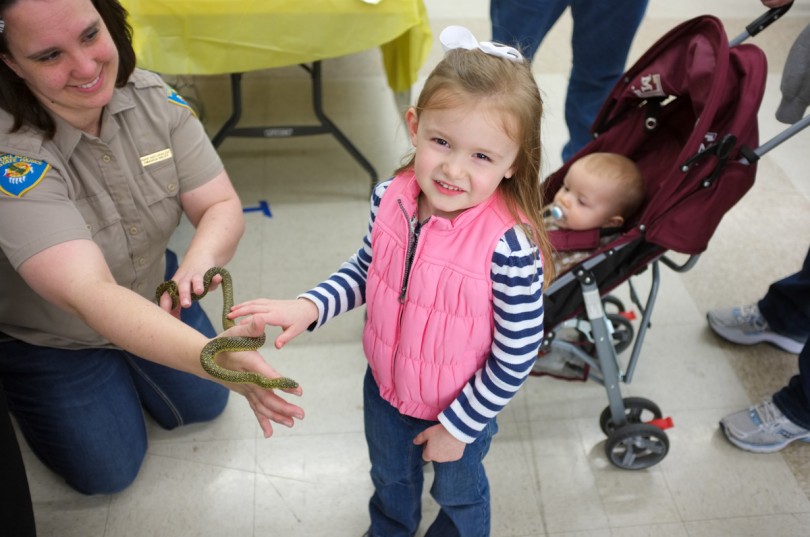 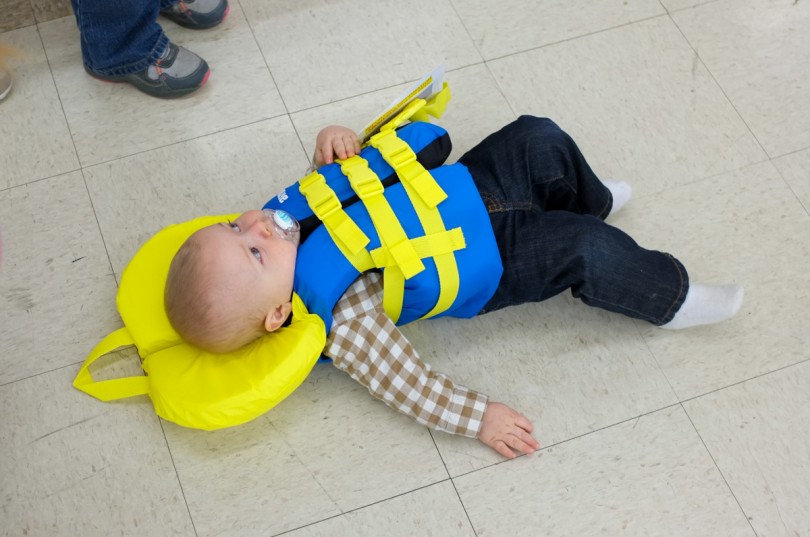 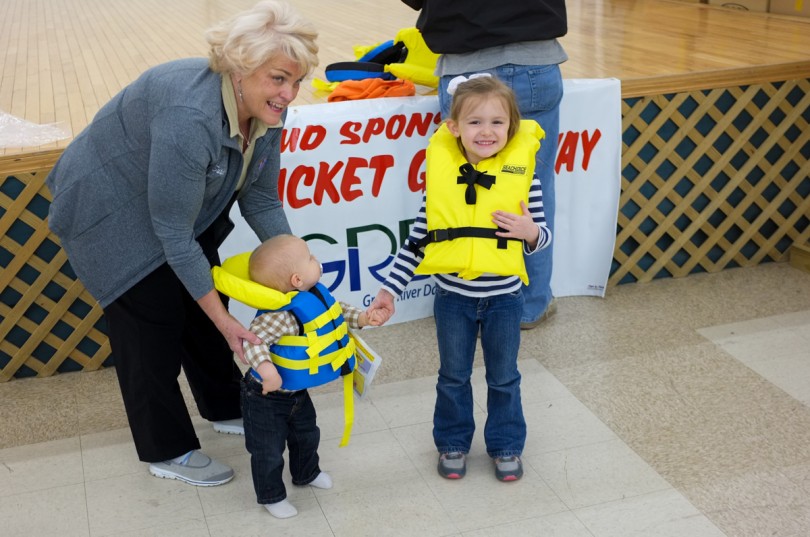 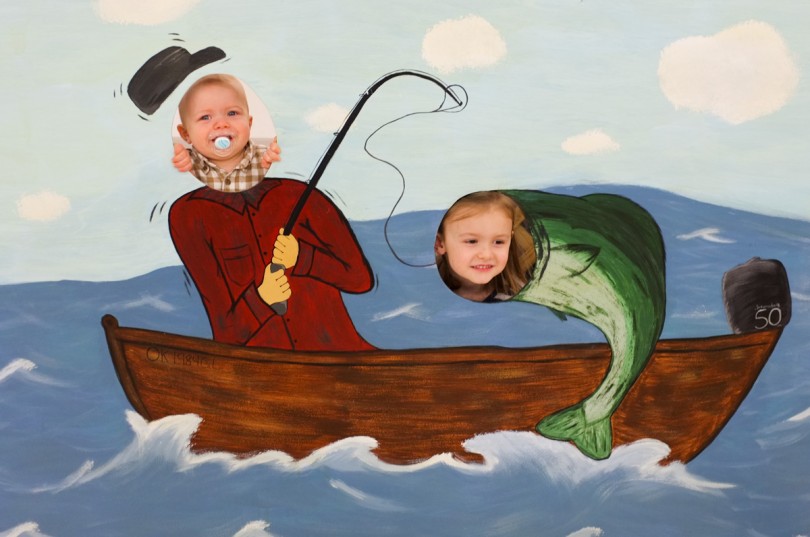 We then made our way back to the lake where the boat docks were. Brandon and I took a test ride out on a Skeeter boat. Thankfully, the nice man at Yamaha was nice and gave me his jacket and my mother in law gave me some sun glasses. Without these on the boat ride, I would have froze. My driver had the boat going 76 miles an hour and it was already cold just standing outside. The ride was awesome and my driver did amazing! I will admit I was a little nervous at first! 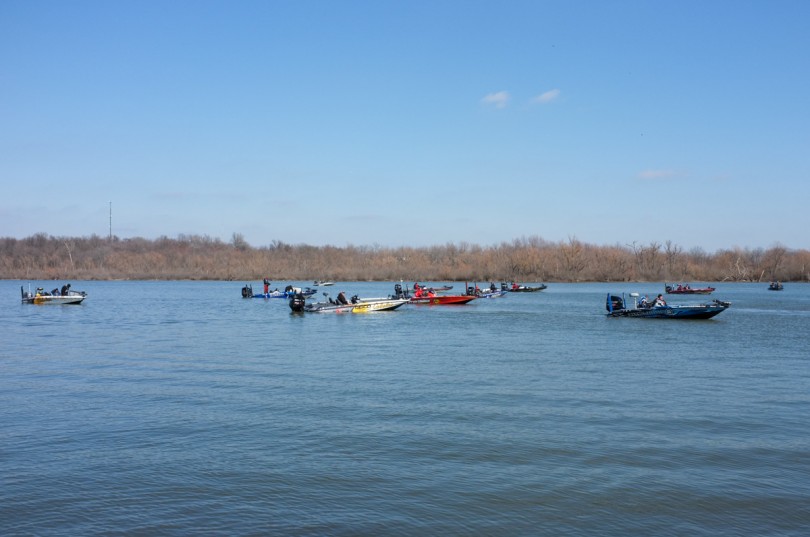 We then got to watch the angler’s pull their boats up to the dock and load their boats. At first we stayed by the lake but then made our way to where they were lined up, bagging their fish and putting away their gear! This was the coolest part for me. Seeing them up close, talking to them and seeing the fish they caught for the day was very cool! 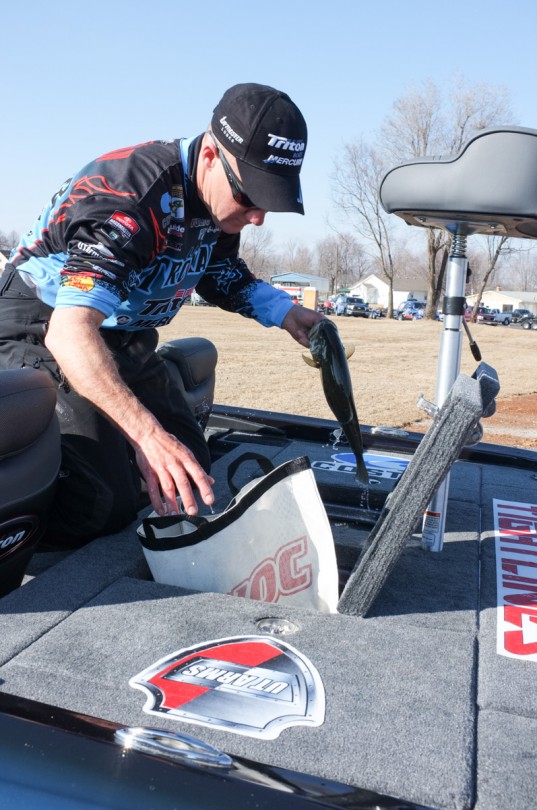 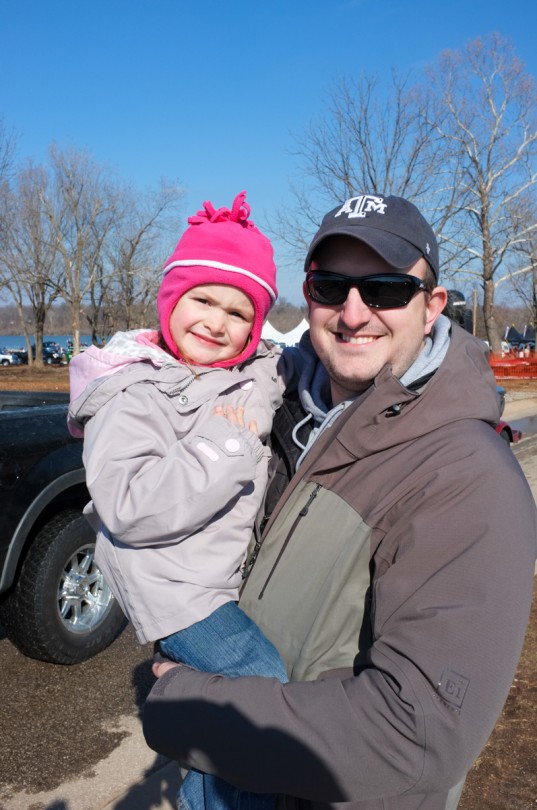 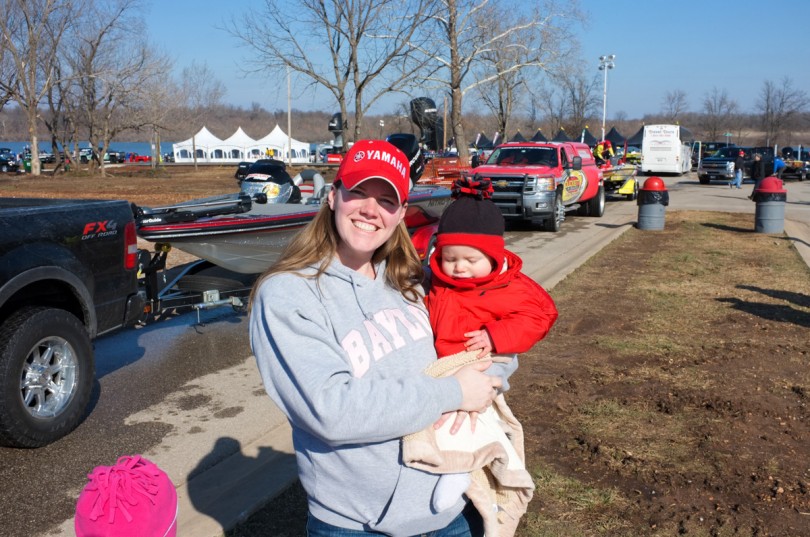 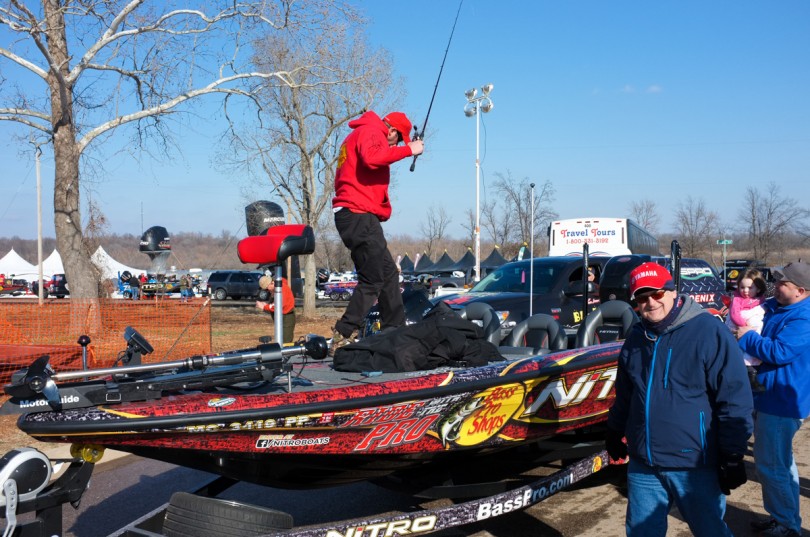 We were now headed to Tulsa, to see the weigh in. This was a huge production and so cool. I just imagined Brandon’s name being called and us pulling the boat in the arena and him showing the crowd his fish for the day. They also had an expo with all sorts of vendors, games, free giveaways and shopping  I think the guys favorite part was their buy at Dick’s sporting goods and looking at Skeeter boats. Brooke and I had a blast practicing our pitching while catching washers in a pool and winning prizes. While we were doing that, I met and got my picture with the Bachelor, Byron Velvivk from season 6 of the Bachelor. Brandon thought I was silly getting my picture with him and I will  agree but it was still cool to see him there. 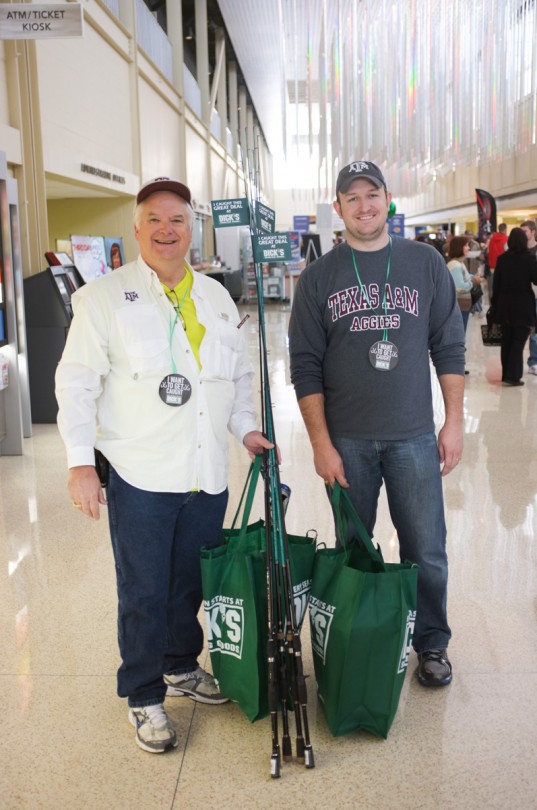 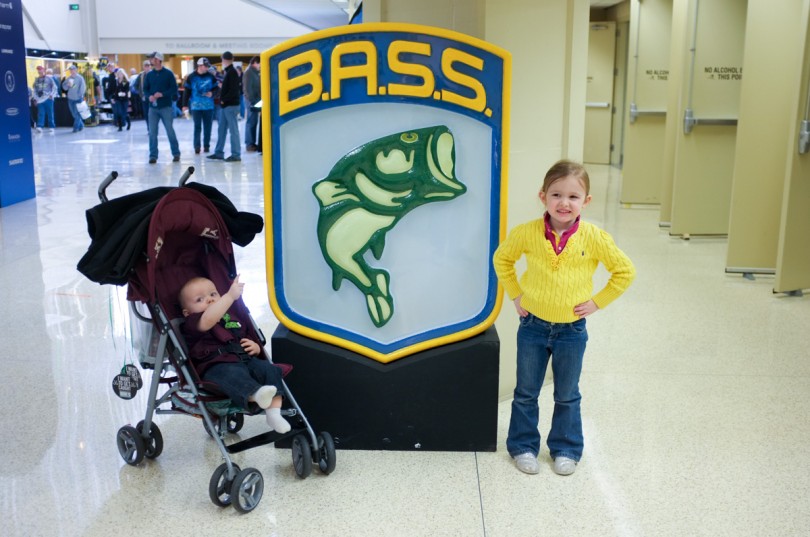 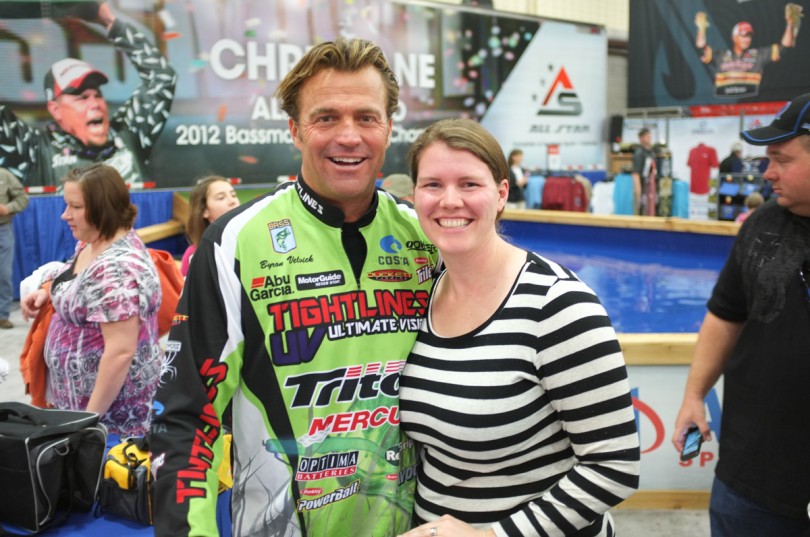 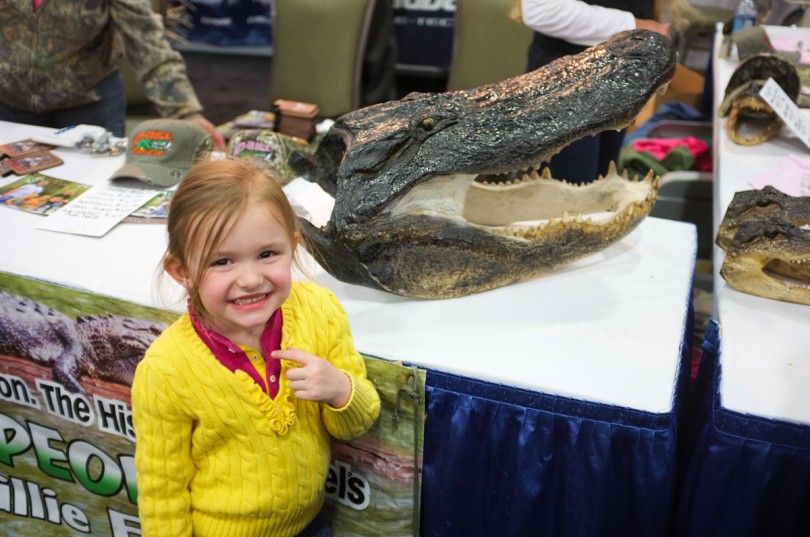 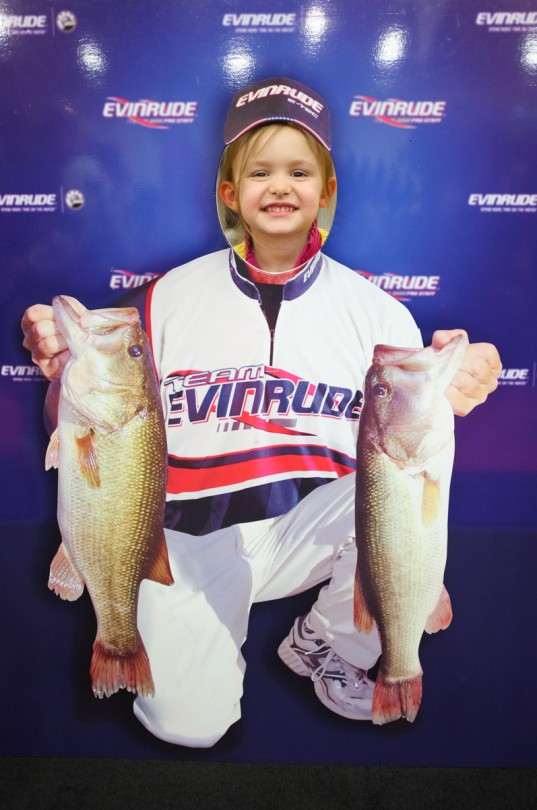 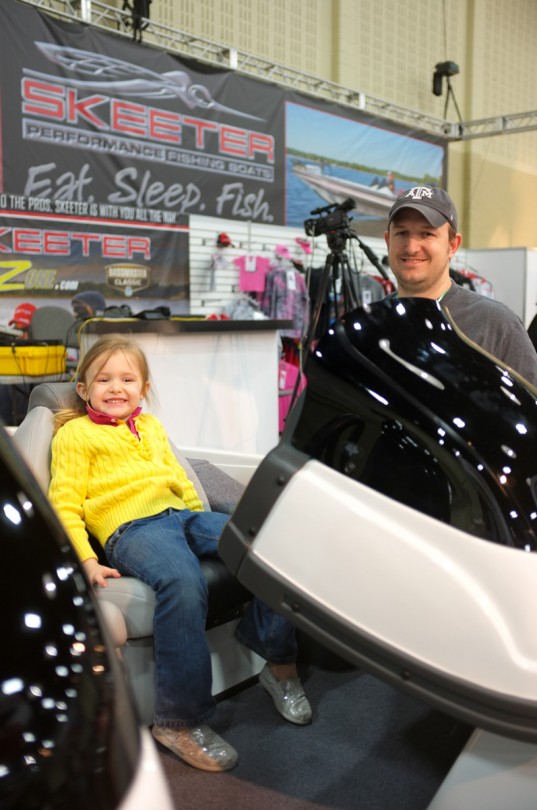 We had a blast and loves the Bassmaster Classic! Although this was the first one we have gone to, I don’t think it will be our last! Who knows maybe one day Brandon will even be a angler in it! 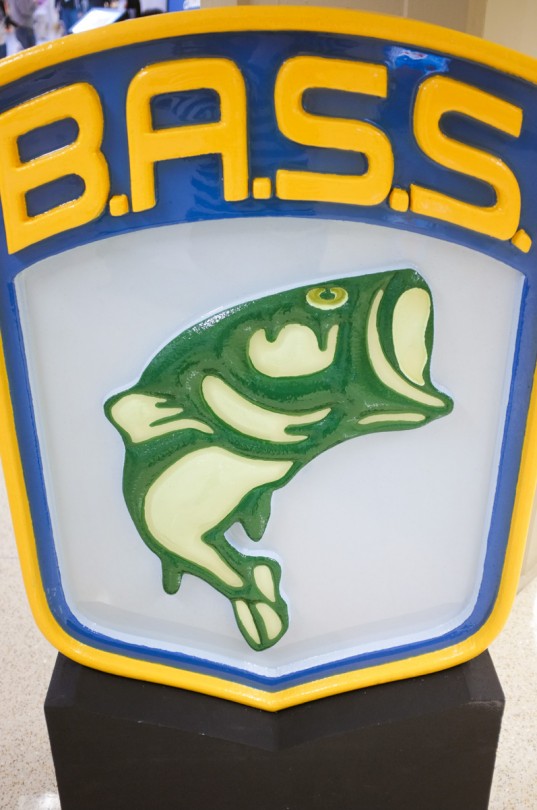