Our Trip to Austin

This weekend, we had a little getaway to Austin. We were invited to a wedding of one of Brandon’s friends from college. As Brandon’s girlfriend in college I got to know all his friends really well and was the only girl around for most of the time. Yes other girls would come around but none would stick! These guys that were Brandon’s friends became mine too and how I loved going through life with them. SO going to Austin to see another one get married was such a joy and honor to be a part of!

We stayed with Brandon’s Aunt Mary Kay and Uncle Chuck while we were there. On Saturday, before the wedding, we went to Aunt Mary Kay’s school and helped out in her garden, went to the Austin Nature and Science Center and then back to her school for a picnic lunch. The nature center was so much fun and exploring there was very cool! The kids and well us adults too, got to dig for dinosaur bones, look at all sorts of animals and learn about energy! We had such a great time! 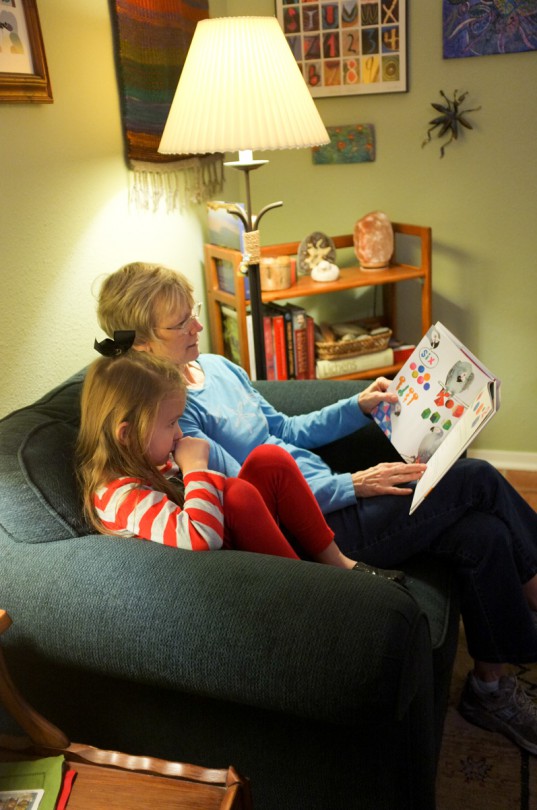 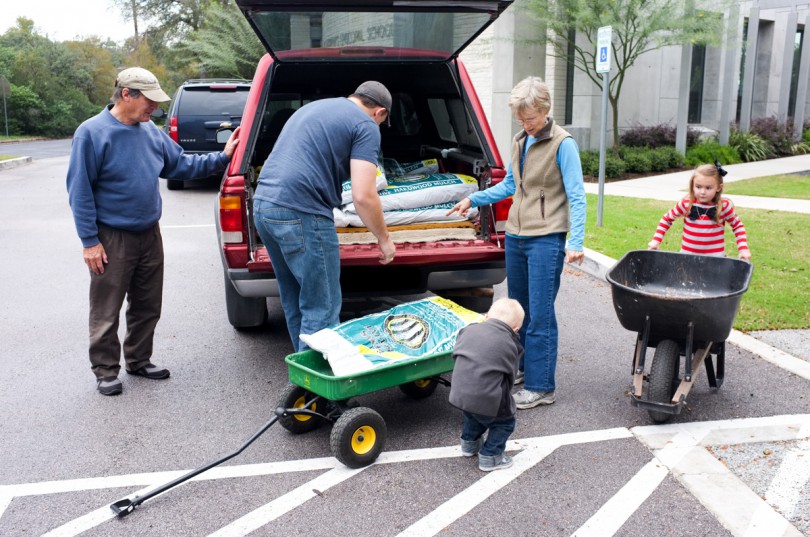 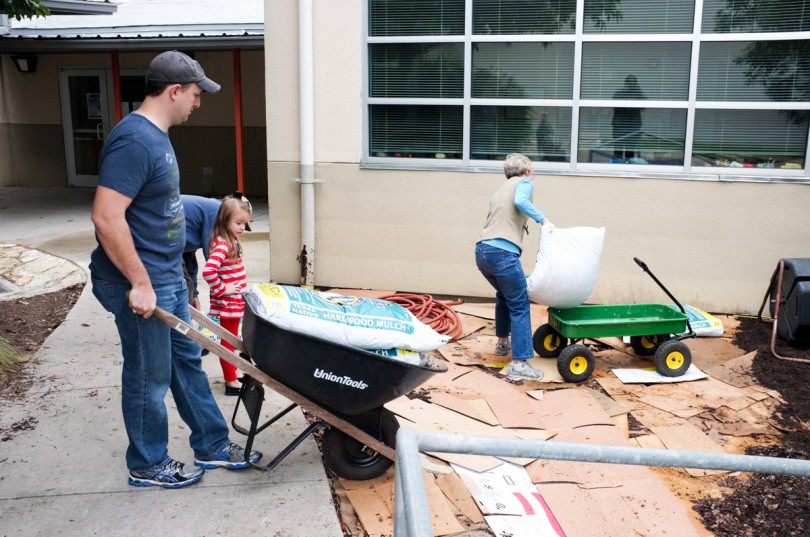 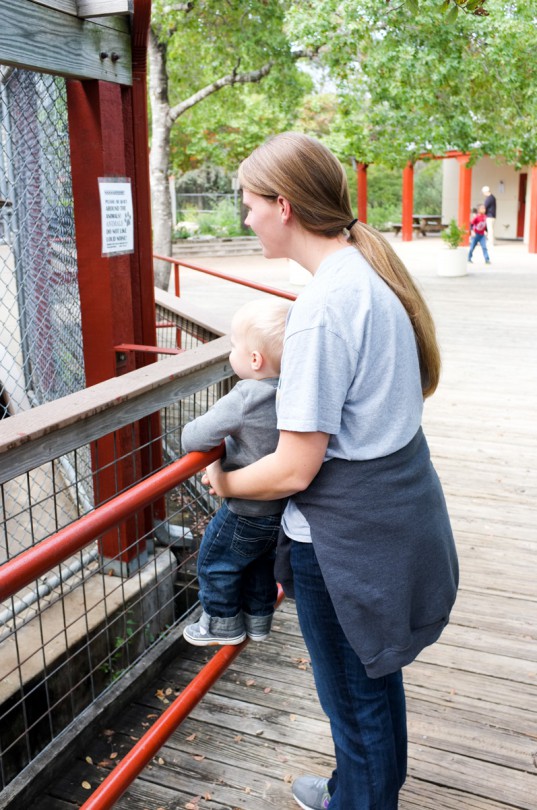 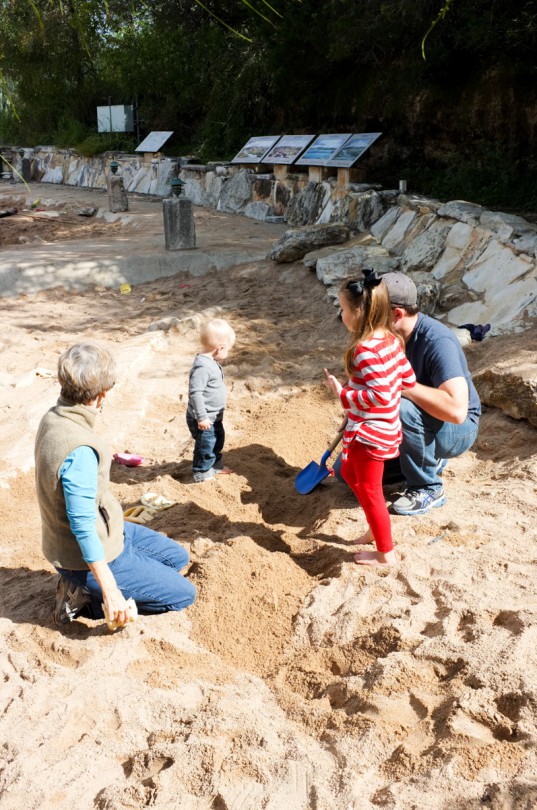 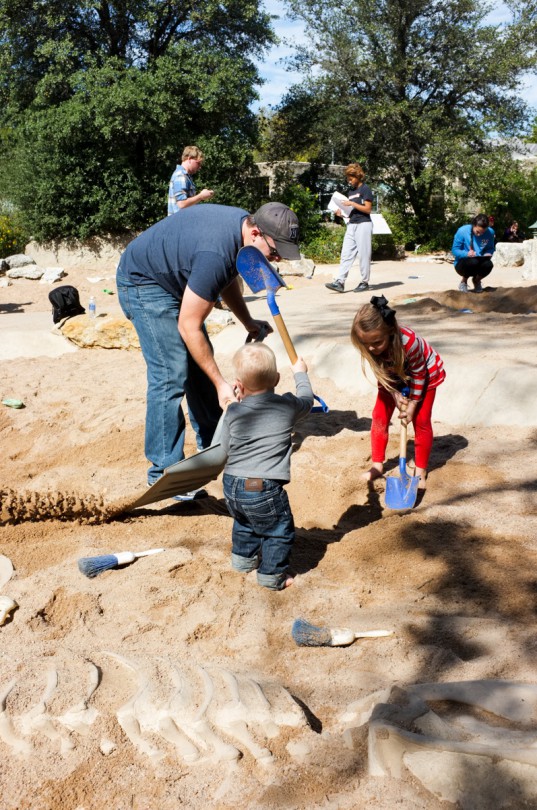 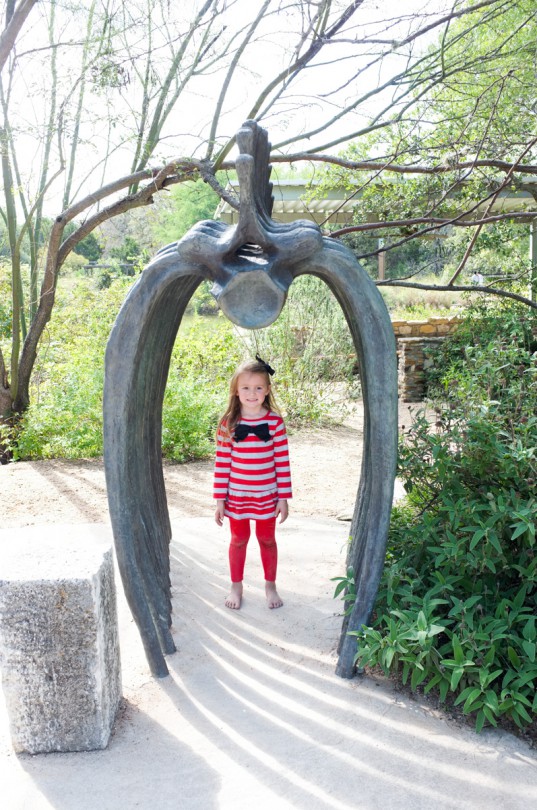 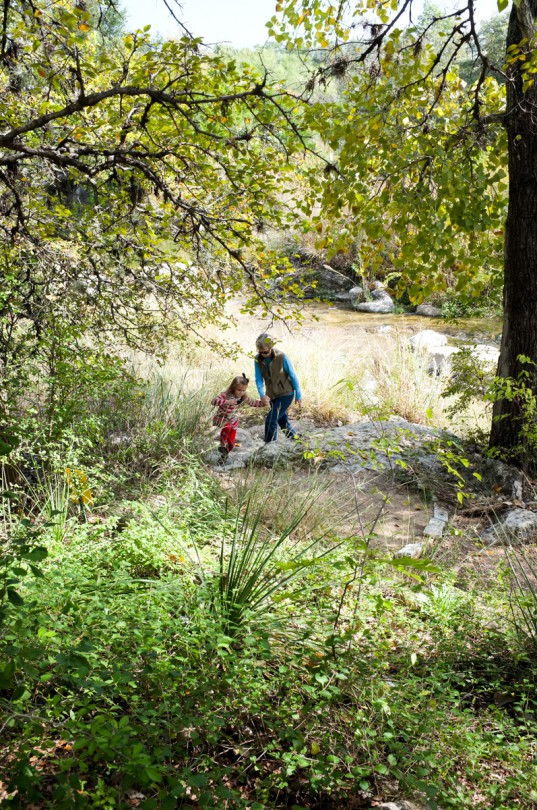 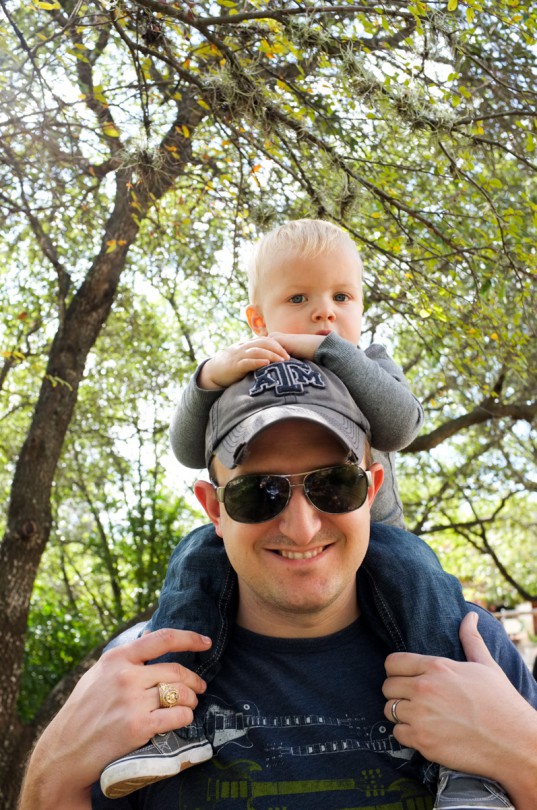 While we went to the wedding, Aunt Mary Kay and Uncle chuck watched the kids for us. Brooke and Luke really enjoyed spending time with them and making fun and exciting memories. Almost every day we were there, we would see deer in the front yard. The kids, and yes me too, thought this was just so cool! I want deer in my front yard!!! It is just beautiful in Austin and their house is in the perfect location! 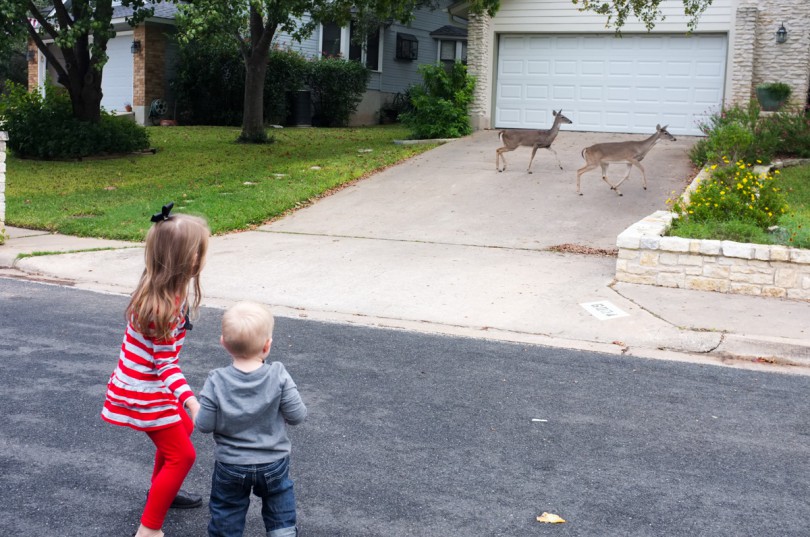 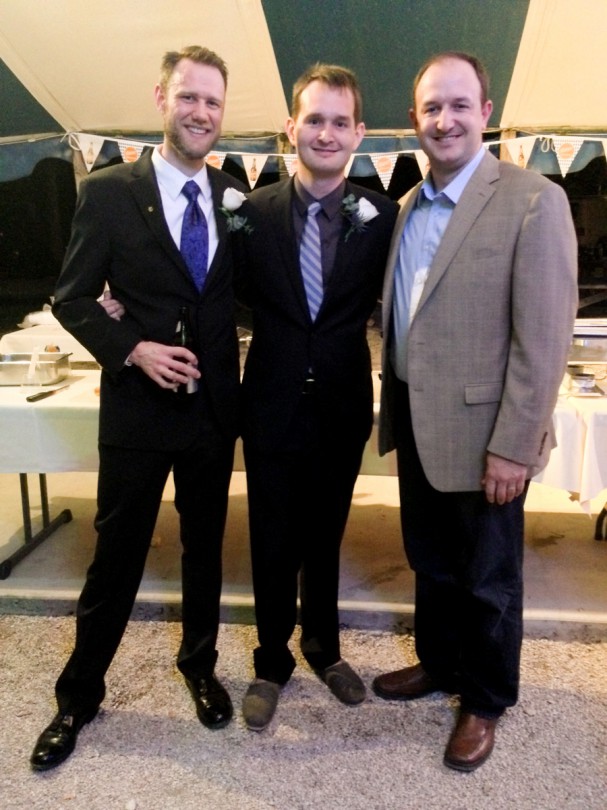 We left on Sunday and met up with my sister in laws sister, Kelly(I know confusing right) and Brandon’s Aunt, cousin, his wife and son! We love seeing family and even though we had an interesting mix of family members it was so great to have lunch with everyone and spend some time together! We had planned on eating at a BBQ place Brandon had been wanting to try, but even though we arrived 2 hours before they opened the line was all the way down the street and they said where we were in line, we would not get food! We were disappointed but we ended up at a great Mexican restaurant. After we got done there, I suggested we just drive back by the bbq place and see what the line looked like or if they were even still open. This place closes once they sell out. Well, it was a good call because Brandon got in line and got the last of the brisket they had for the day! Even though we were full from lunch we had to try this BBQ and man was it delicious! 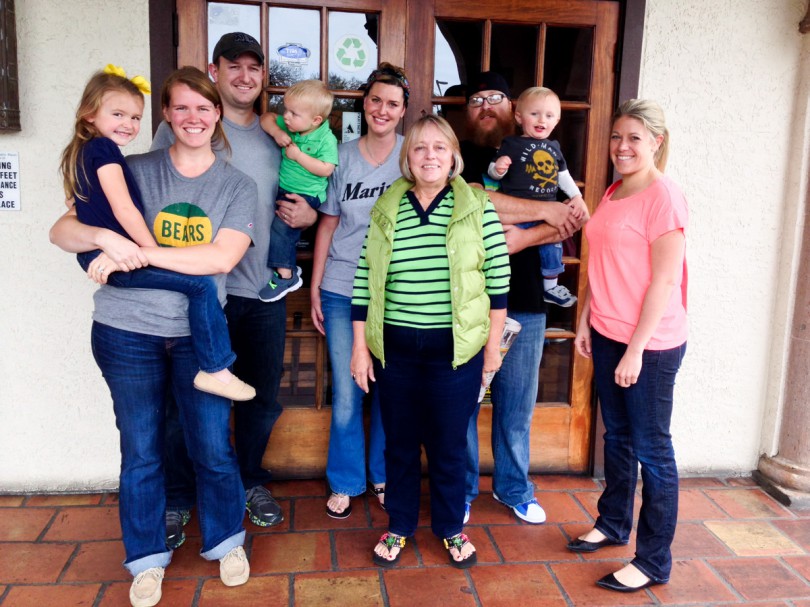 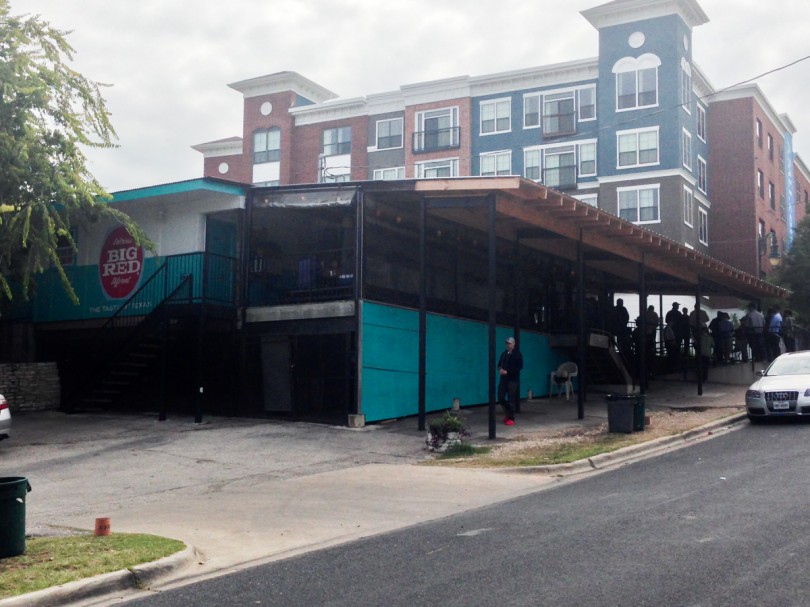 We had such a great timne seeing friends and spending time with family. Our time in Austin is always so much fun and we always look forward to our next visit there!