When I picked Brooke up from Mothers Day Out yesterday, she was very hoarse and coughing. I just figured it was a cold, gave her some cough medicine and then she chose to go to bed early. I took her temperature and she was running a 101. When she woke up this morning, she still had a fever, so I decided to take her into the doctor!

When we got there, we told him her symptoms and he thought it was the flu. I was thinking, OH GREAT, she got the shot and she still got the flu. We were having D-Now at our house this weekend, so I wanted her to be well and non-contagious! Well he ordered a flu test and before we walked out the door, Brooke told him that her throat was scratchy and hurt. So, he said lets go ahead and check for strep while we are here.

Well, after waiting about 30 minutes, the strep test came back positive! She didn’t have the flu, so we were thankful that the strep would not be contagious after 24 hours of her taking medicine! Dr. Prestidge told Brooke to eat lots of ice cream and soft foods! She was so excited, I have a feeling she might take advantage of this illness and being able to eat ice cream! So, on our way home, we stopped at Sweet Frogs for some ice cream! I love to spoil my girl, especially when she isn’t feeling well! 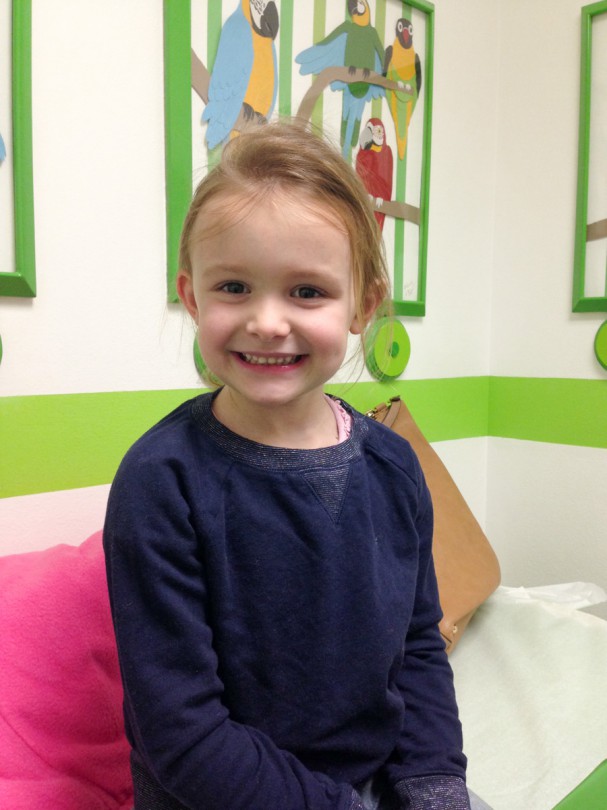 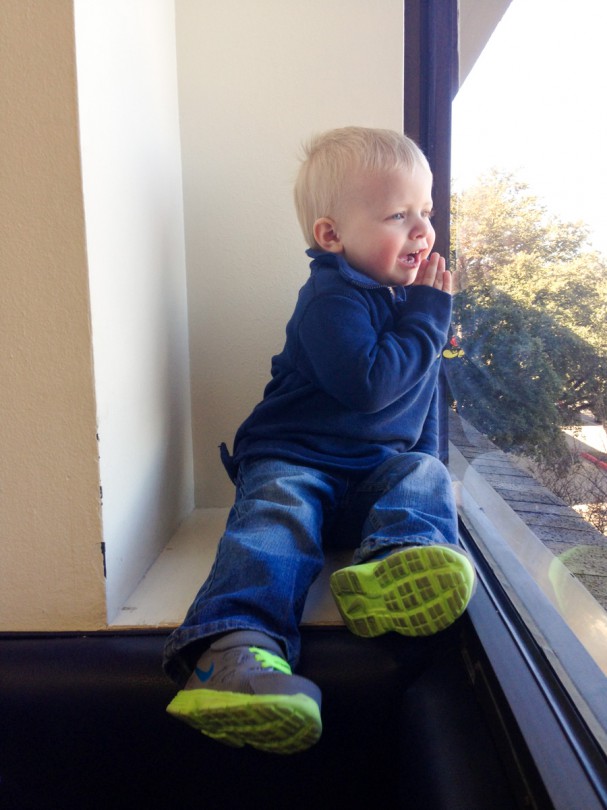 Waiting for Brooke’s test to come back. He found himself a window seat! 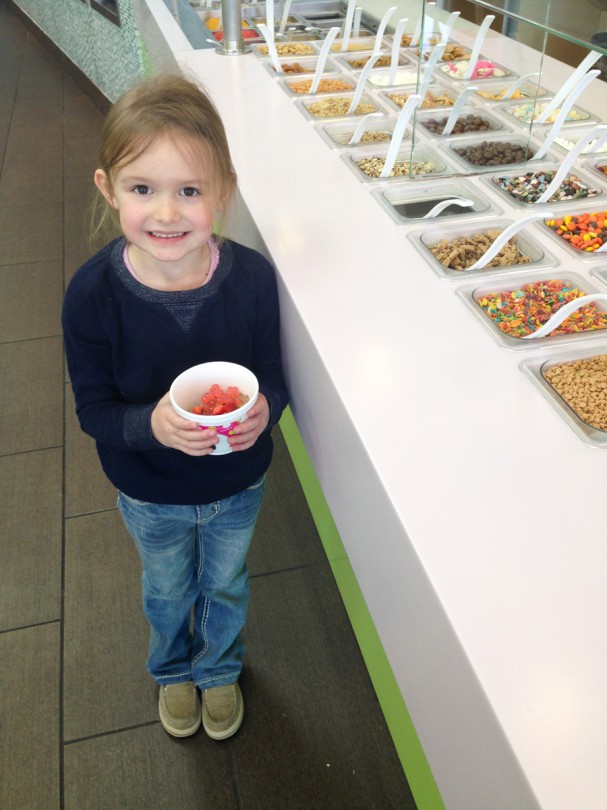