A guy Brandon went to high school with was throwing a 90’s themed party and what made me want to go was that Vanilla Ice would be there. I had always loved the song “Ice Ice Baby” and to see him in concert preforming this, was a dream for me! At this party they would also have arcade games, pinball machines, the Teenage Mutant Ninja Turtles, Young MC (who sang “Bust A Move”), Tone Loc (who sang Funky Cold Medina) and many other 90’s things! Brandon and I had a great time but man did we feel old. We stood in the same spot for 4 hours watching other performances waiting to see Vanilla Ice. We had a good spot and I was NOT going to move! My back was killing me, I felt like I didn’t have enough space and people pushed and shoved without saying excuse me. Let’s just say the party/club scene is NOT our scene!

When we got there we walked around, played a few arcade games, ate some pizza and talked to a few people we saw from high school. It was a fun night and like I said seeing Vanilla Ice up close and in concert was awesome. The only uncool thing about his concert was he threw ice cold water from water bottles on the crowd. Brandon and I got pretty wet and at 1am when you are tired and “old” you don’t really want ice cold water thrown on you. Even though that was a down side, Brandon and I had a great time. We even made it in the picture Vanilla Ice took for his twitter account. 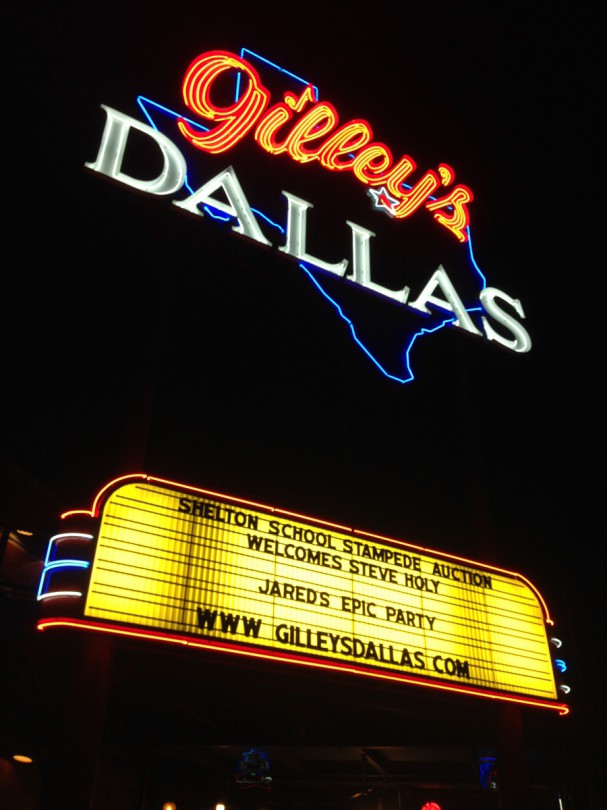 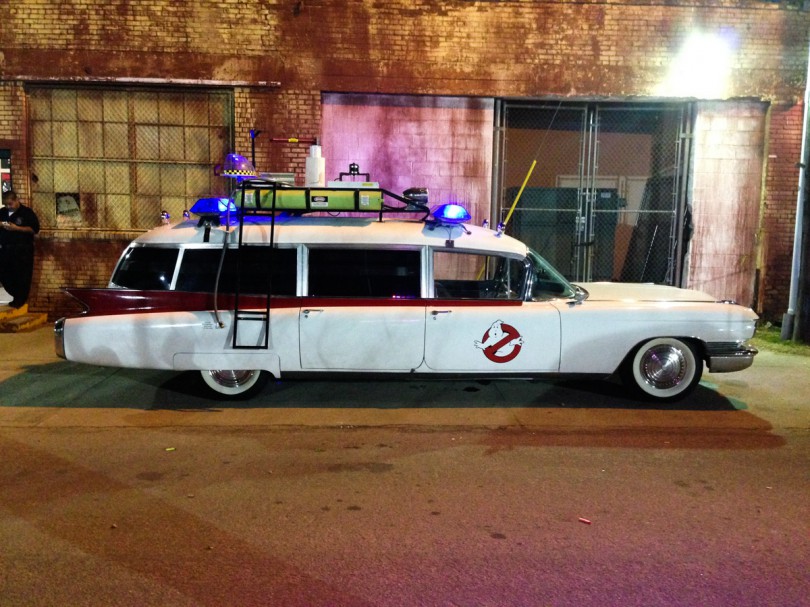 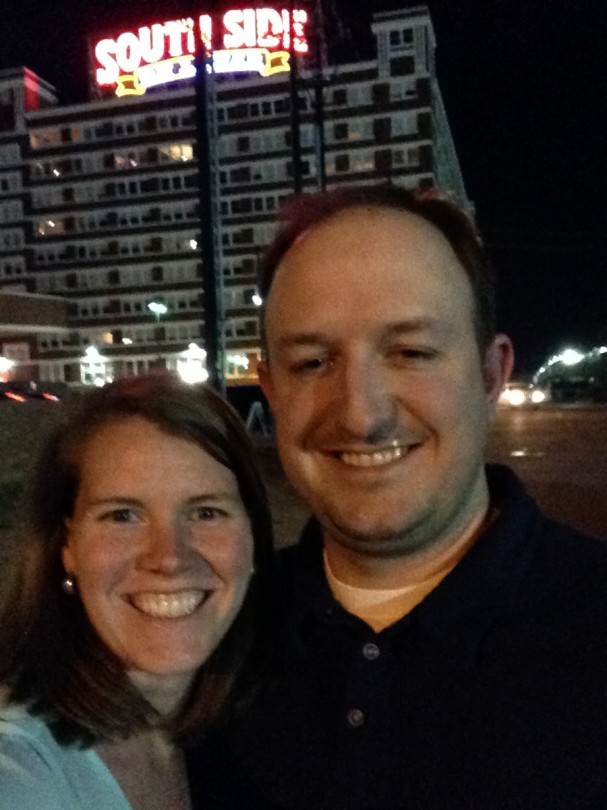 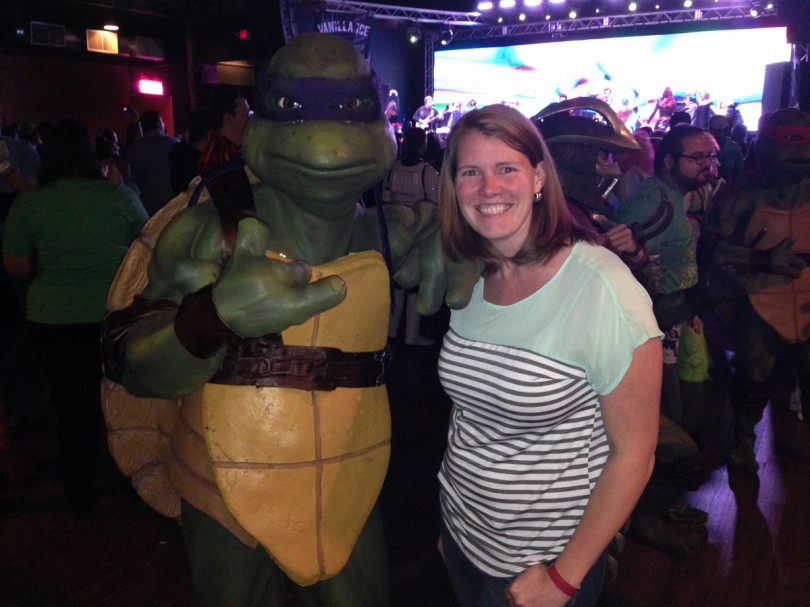 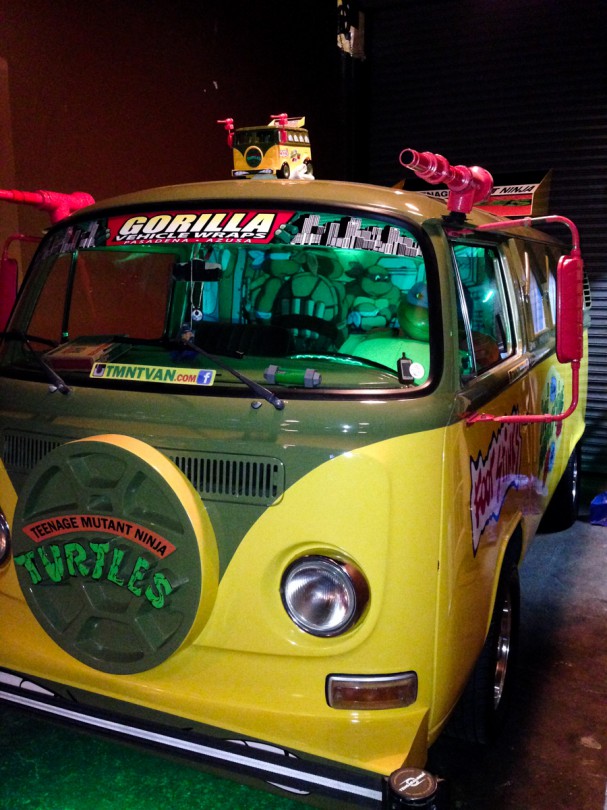 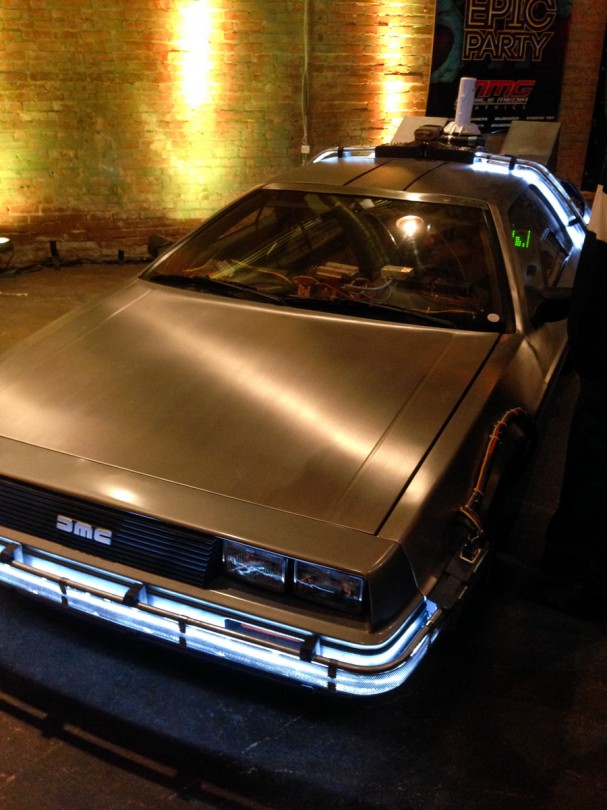 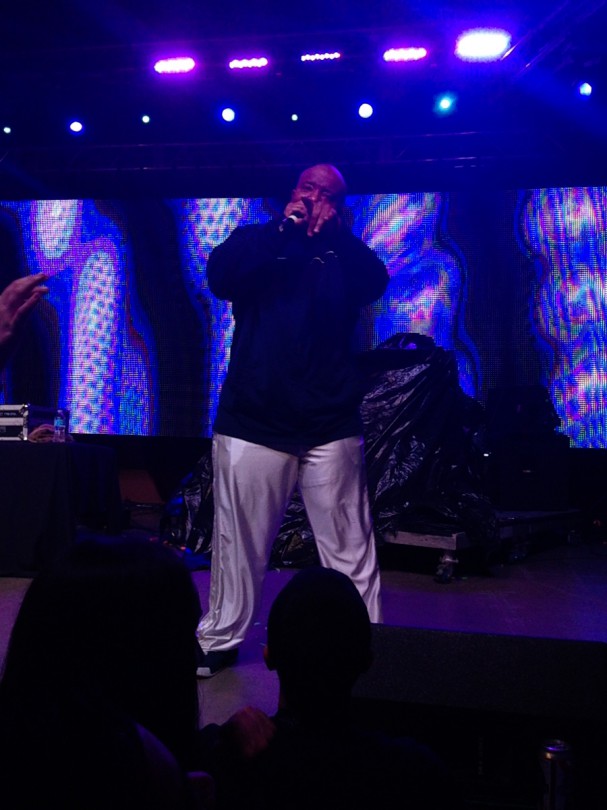 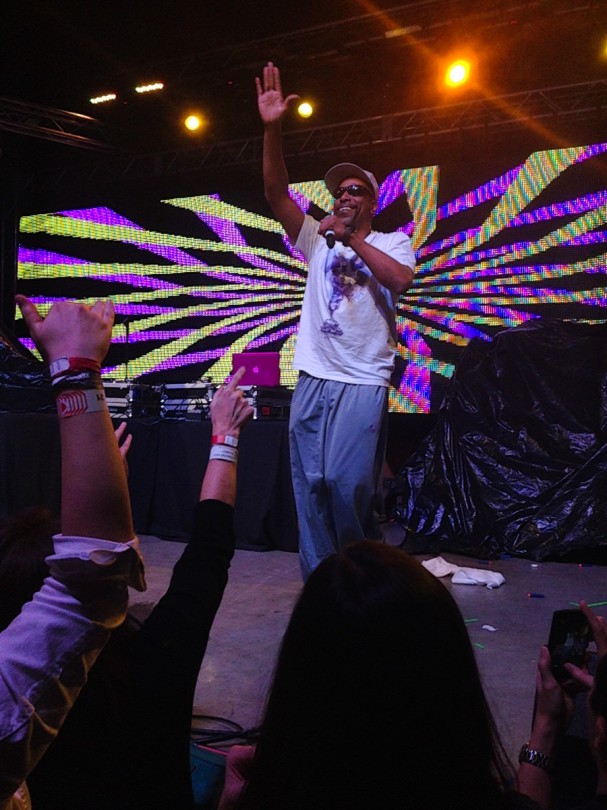 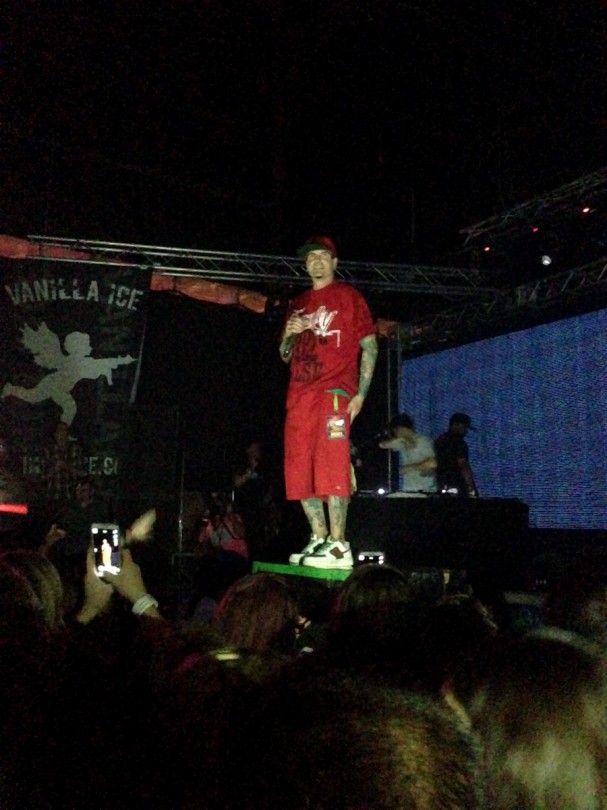 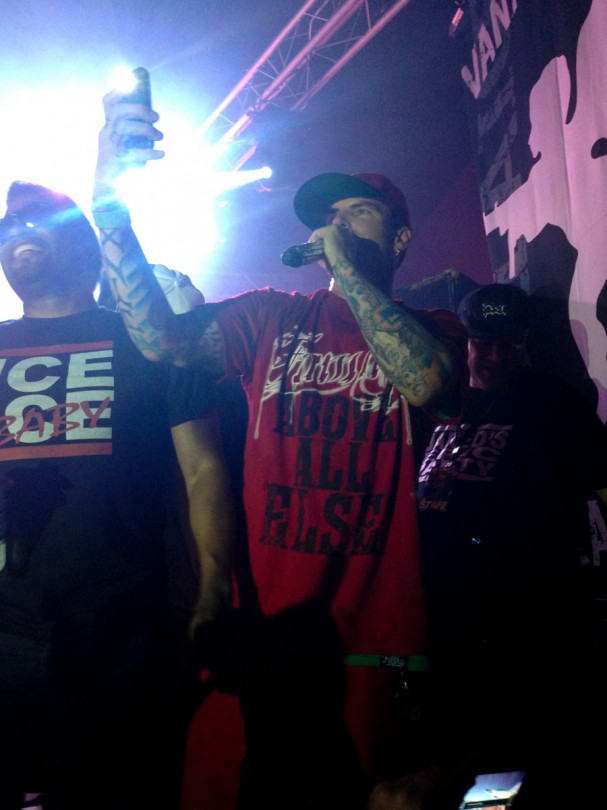 Vanilla Ice up close and personal! 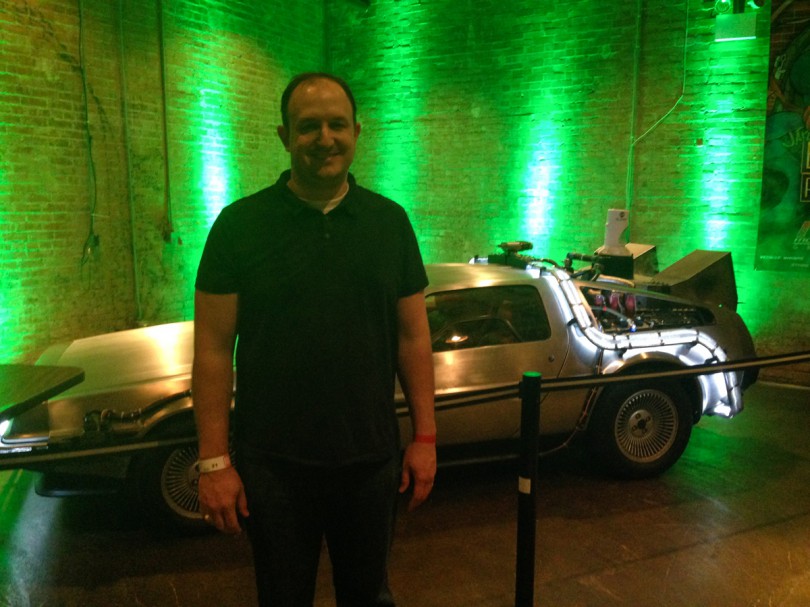 Brandon with a Delorean