Luke had his 2 year old check up today. I always like going to the pediatrician because I absolutely LOVE my kids doctor. I also love to see my kids percentiles in height and weight. On the other hand, I hate that I know they are going to cry and go through a little bit of pain when they get shots. Luke had to get 2 shots today and have blood drawn. The shots weren’t too bad for him. He did not like the band aids on his legs though. He would point to them and start to cry while saying “boo boo.” I guess the fact that he had 2 boo boo’s on his legs was not fun for him. He now weighs 30 pounds 3 ounces and is 35 1/2 inches tall. He is in the 75th percentile for height and 83rd percentile for weight!

During the examination, Brooke decided she would be the doctor and check Luke’s ears and heart with the “real” doctors instruments. I was so worried she would drop them and break them but she did great. She even got to look in Dr. Prestidge’s ears! He is one brave man!!! Once she had a turn then Luke wanted to get his hands on the instruments. He then checked the doctors and my heart! Like I said, I love our doctor and love that he lets my kids explore and learn while at the doctors office! Luke even got gloves from Dr. Prestidge to play with and he would not take these off! He truly is the best ever!

We then had to go over to the Lab for them to draw blood from Luke. I was expecting a finger prick or something simple but they drew his blood like they do from adults. I was a little concerned and scared for him because it can be a little traumatic! Luke did pretty well. He cried as he sat in my lap and to help try and calm him all I could think of to do was sing “Jesus Loves You” and tell him it was alright. He had to get the needle moved or re-stuck a total of 4 times and each time he would cry and say “Oww.” I felt so bad for him but he did great and they got the blood they needed.

Before he had his blood work done, she went up to the nurse and said “excuse me Mam, is this going to hurt him.” Before it even happened she was concerned and worried for him. Once his blood work was done, I looked over to Brooke who was watching the whole process and she was crying. Consoling 2 kids at one time is hard and tricky! I asked her what was the matter and she sweetly said ” I don’t like my brother being hurt” and “I am crying too because he is.” She has such a sweet heart and deeply cares for her brother. Luke was glad that the blood work was over but he did not like the band aid on his arm. He would look it, start to tear up and say “ouch, boo boo.” We then met Daddy for lunch to help the kids get in better moods and visited with him and his co workers at his office! The kids were now happy and in much better moods! 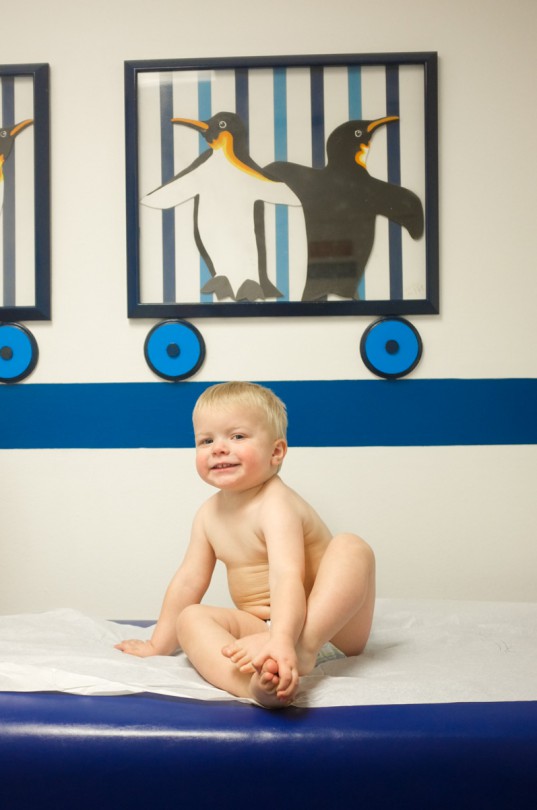 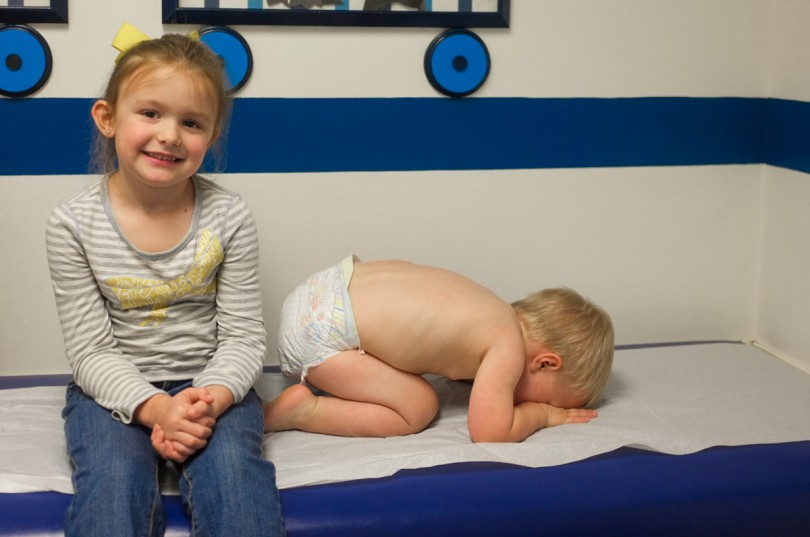 He did not want his picture taken anymore! 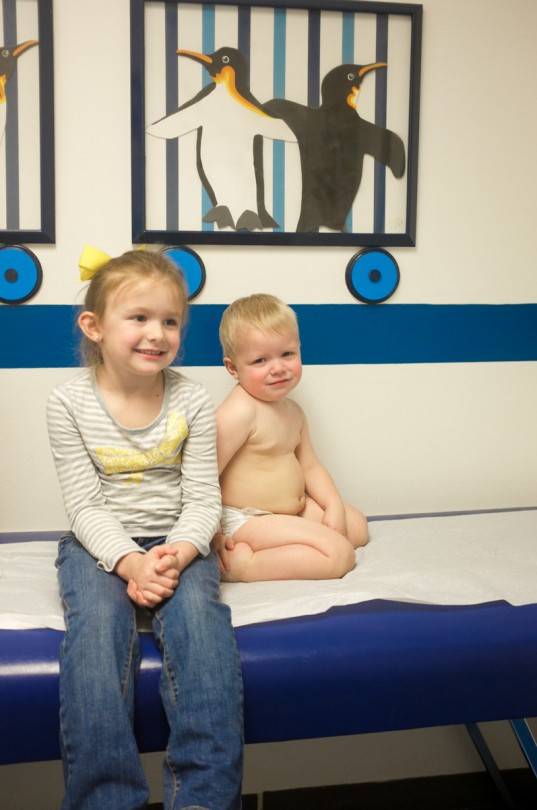 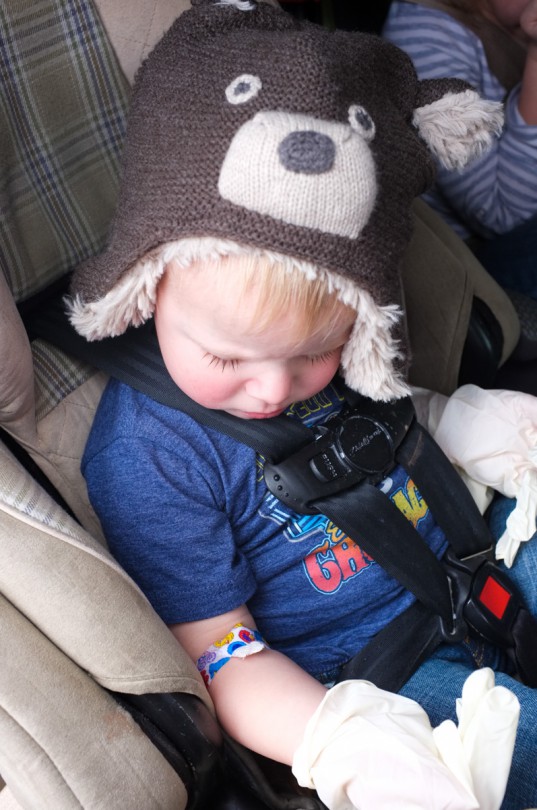 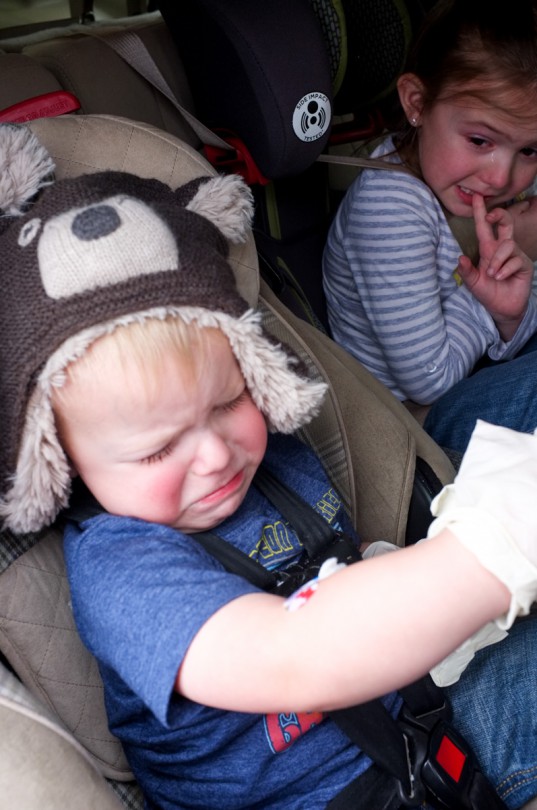 His boo and his sympathetic sister in the back!