My mom bought Brandon and I tickets to the Cowboys vs Redskins game and we were so excited. Neither of us have seen the cowboys play at “Jerry’s World” and the last Cowboys football game I had gone to was when Troy Aikman and Emmitt Smith were on the team. So we were both excited to be going to the game and for having such amazing seats on the 45 yard line 7 rows up! Before the game we walked around some, shopped a little and then went down to the tunnel to see the players come on the field. We only did this for the practice because for the actual run on for the game we wanted to be in our seats. We got to see Tony Romo, Jerry Jones, Jason Witten and all the other players up close. I wasn’t ready with my camera, so I got phone pictures which ended up being blurry. We had a cool experience at the game and got to see lots of old cowboy players and a couple of celebrities! We ended up not winning but it was a great close game and we had a blast, Thanks Mom! 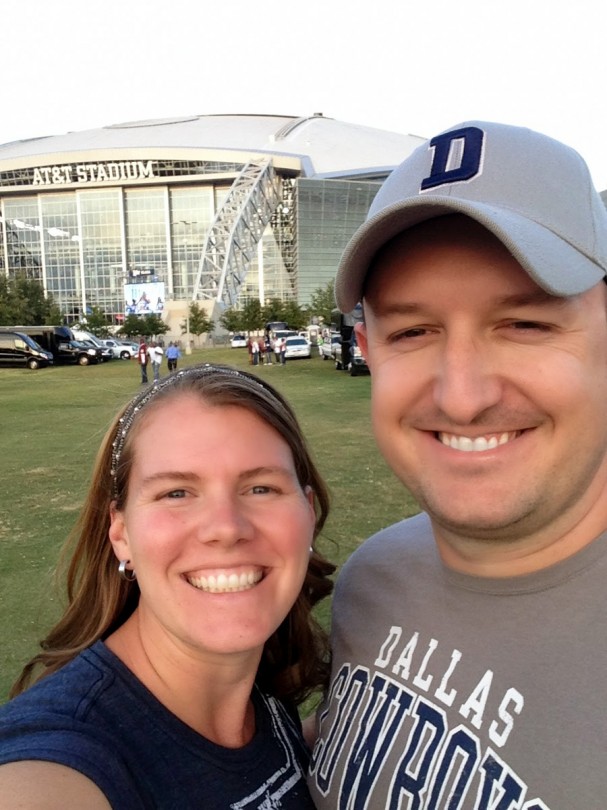 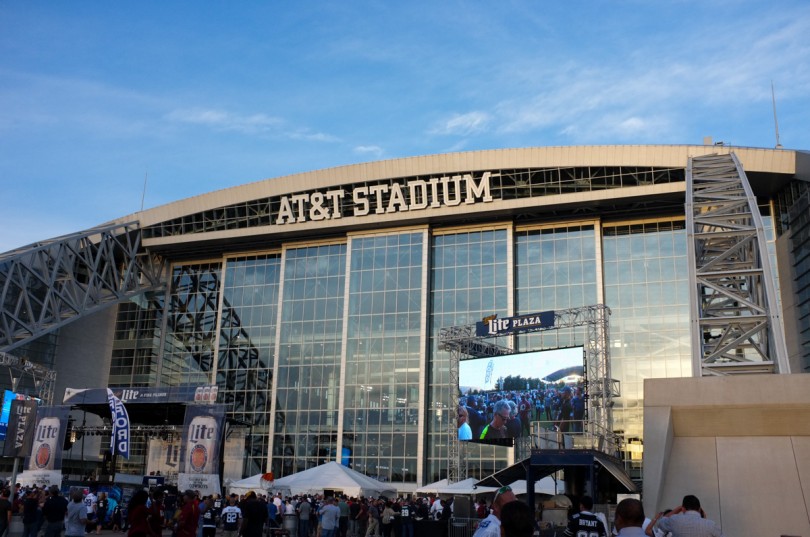 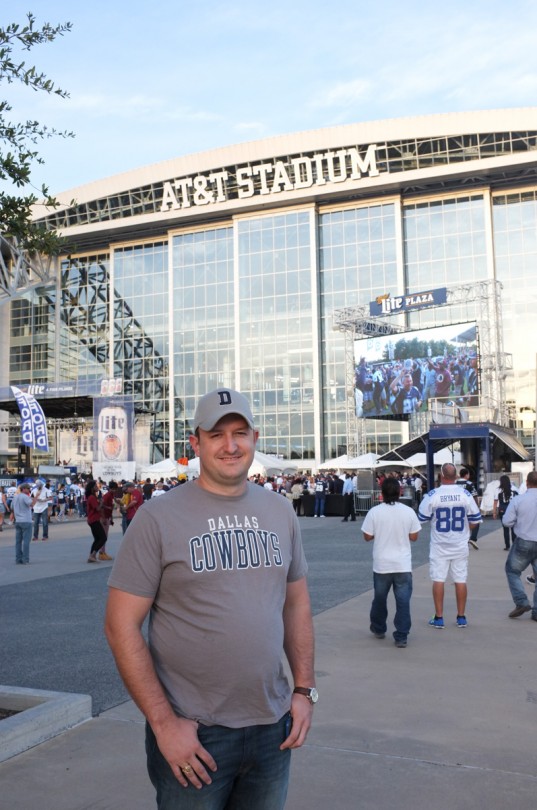 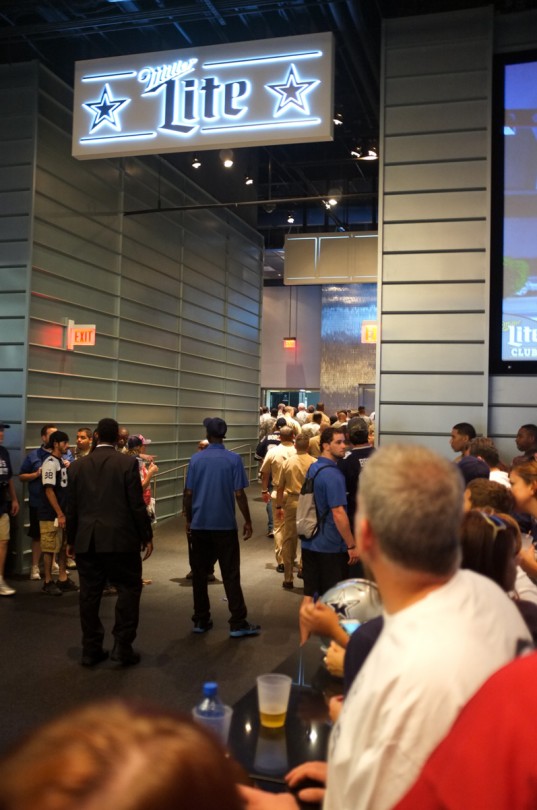 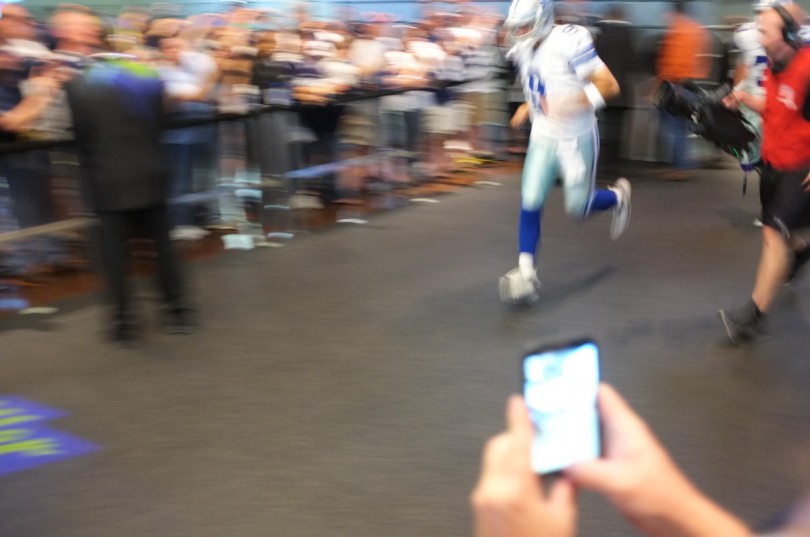 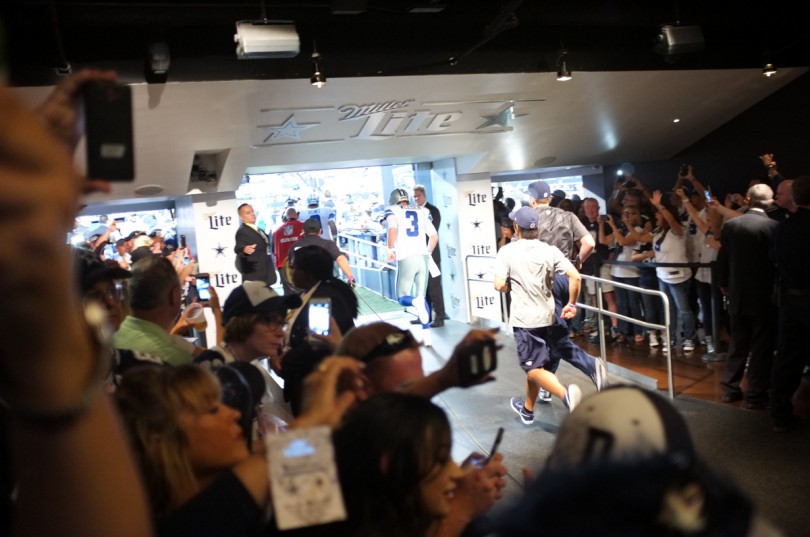 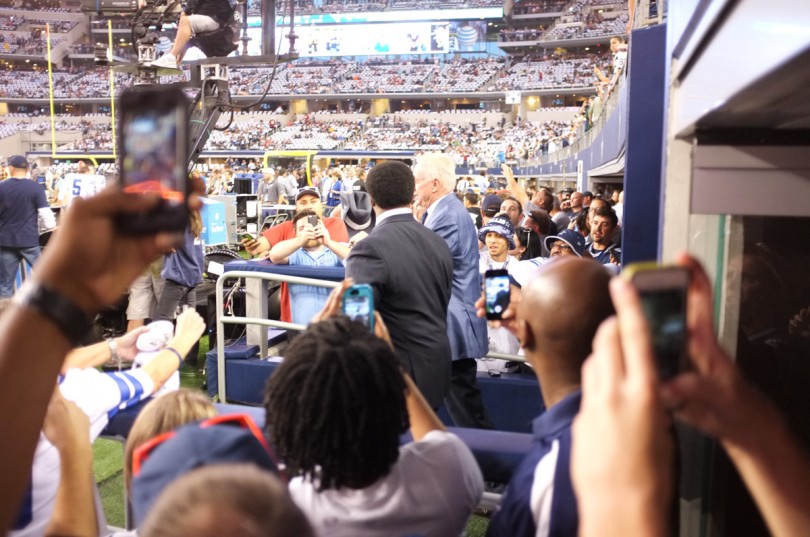 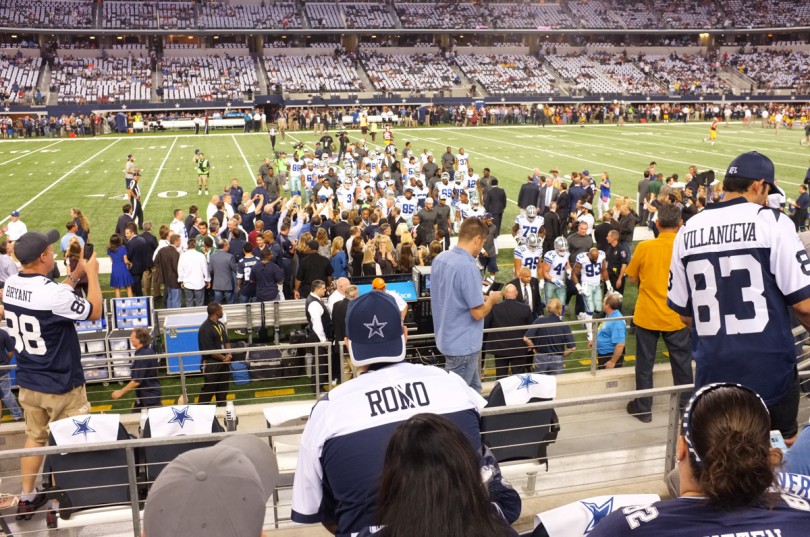 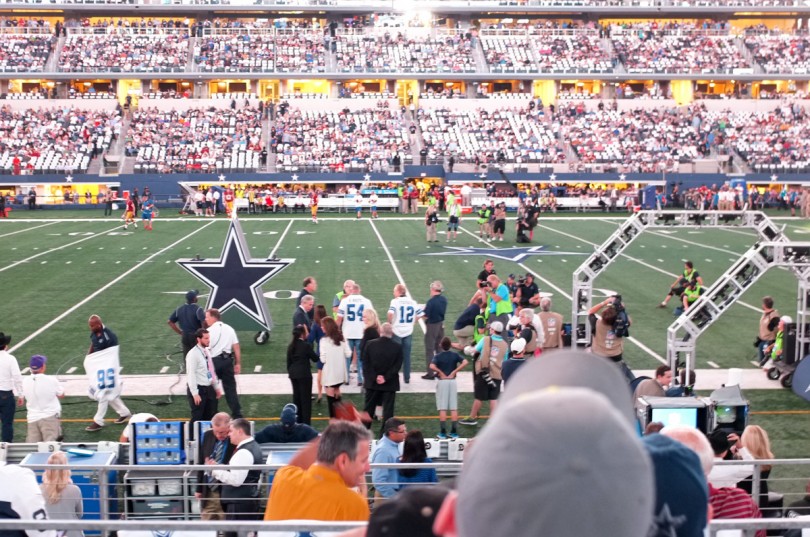 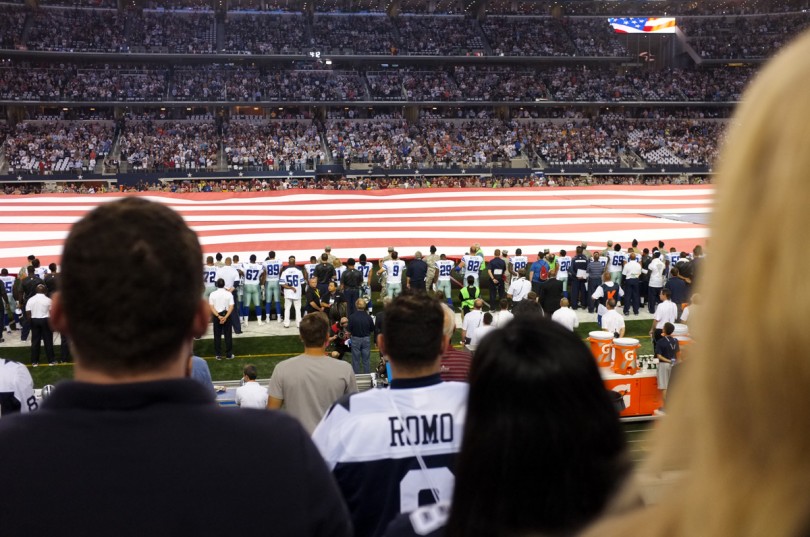 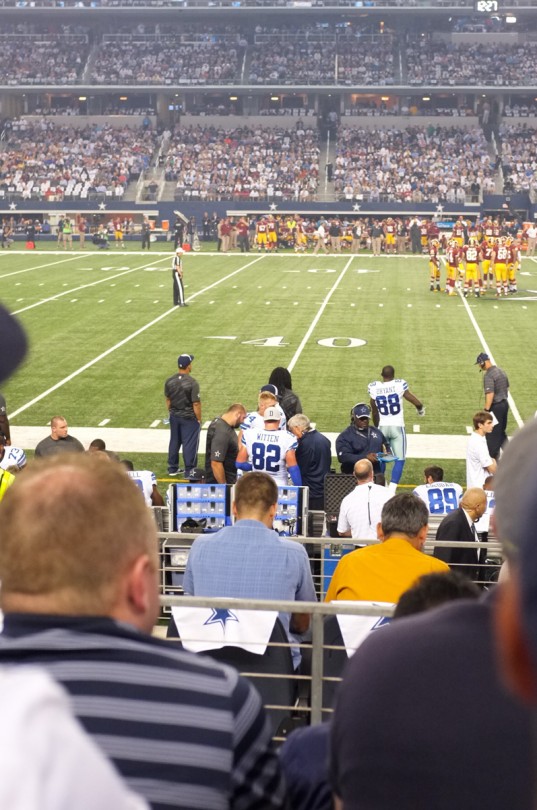 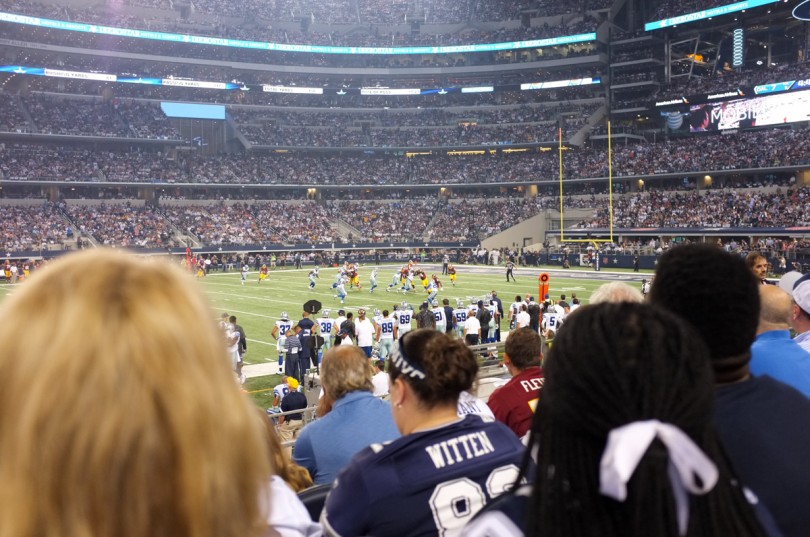 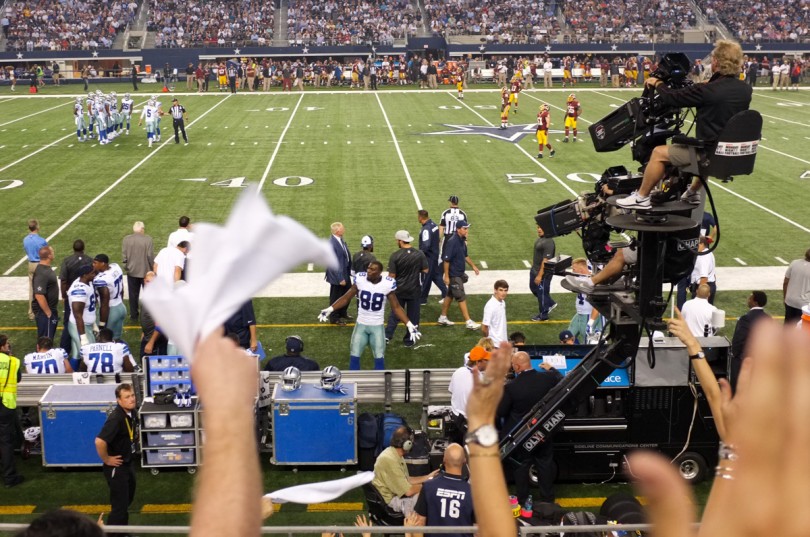 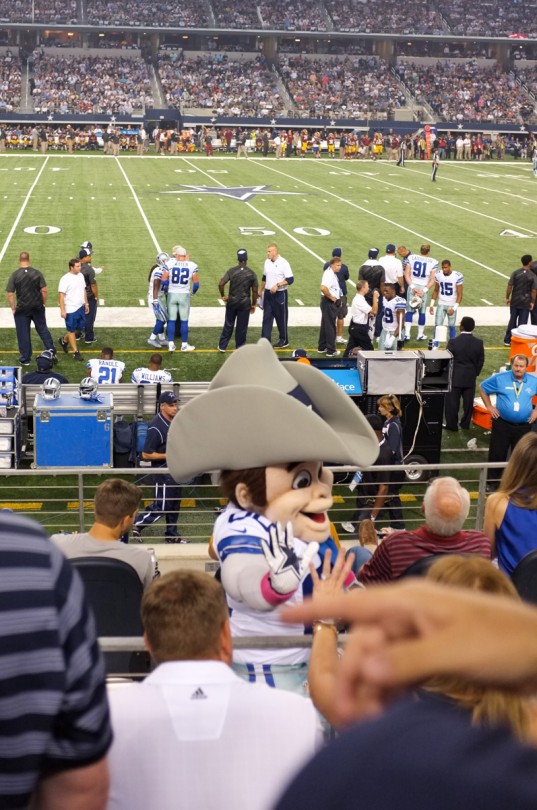 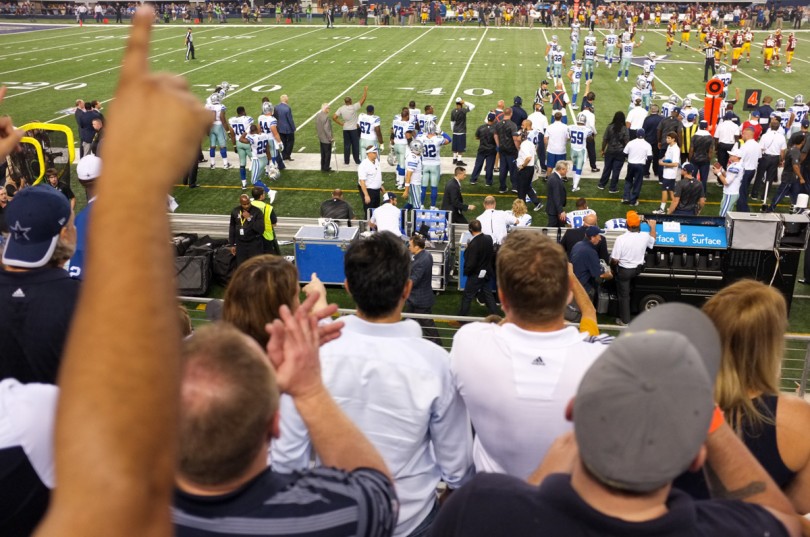 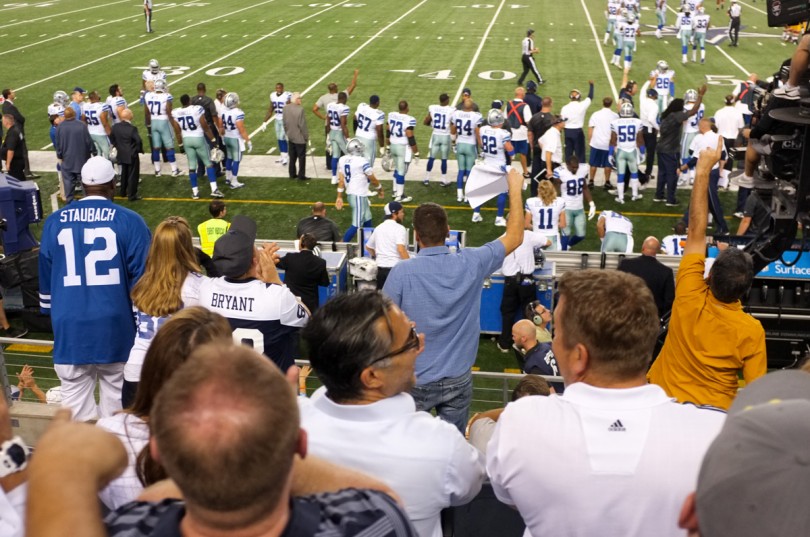 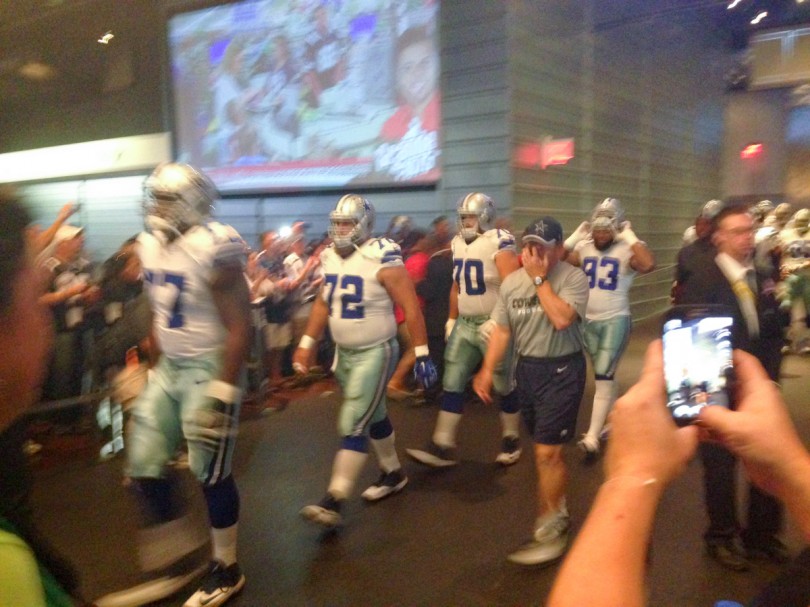 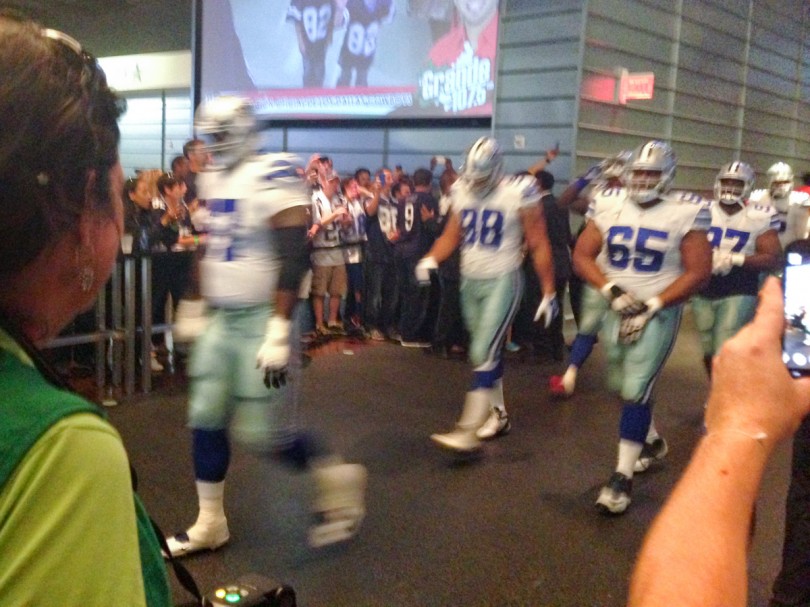 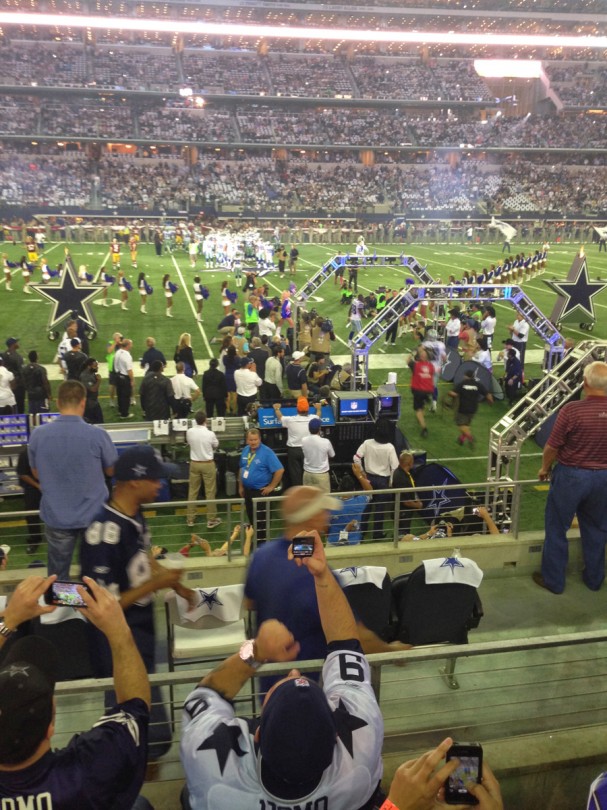 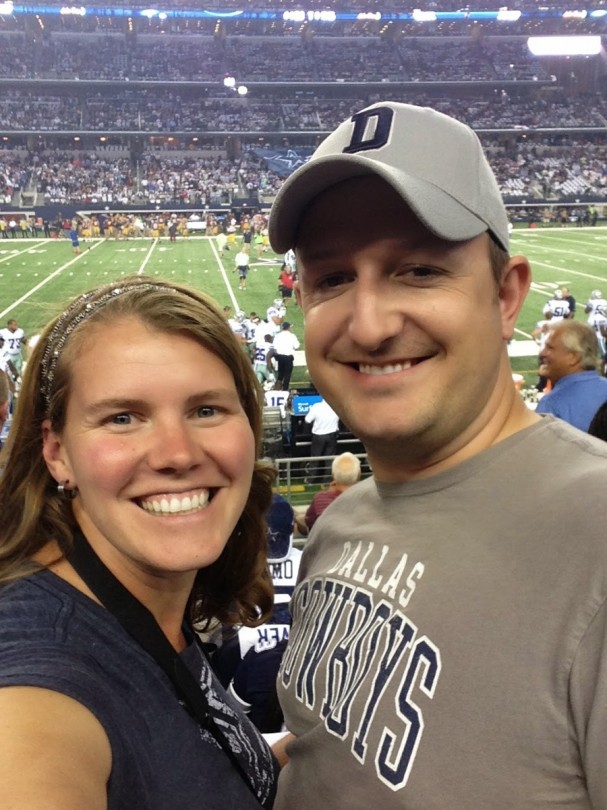