My poor baby boy isn’t feeling well. He went to bed saying his teeth hurt so we gave him some Tylenol. This was the first time he mentioned something hurting so we didn’t think it was too serious. He didn’t seem to be in too much pain but I was guessing it was his ear and not his teeth. He ended up sleeping in bed with us and was very restless the entire night. The next morning when he woke up he was warm but didn’t have a fever. I kept him home from school and then decided to make a doctors appointment. My guess was he ruptured his ear drum because there was some drainage on his ear. Neither Brooke or Luke had had this before but I just knew this is what happened. Sure enough, I took him to the doctor and he had a ruptured ear drum. Sometimes I think I should have been a doctor! Luke’s class pictures were today and since he wasn’t running a fever we went up there for the picture. He was even a sport and let them put a mustache on him for the class valentine picture. After the picture we came right back home and had lots of snuggling time, which is always my favorite even though my sweet boy doesn’t really feel that well. 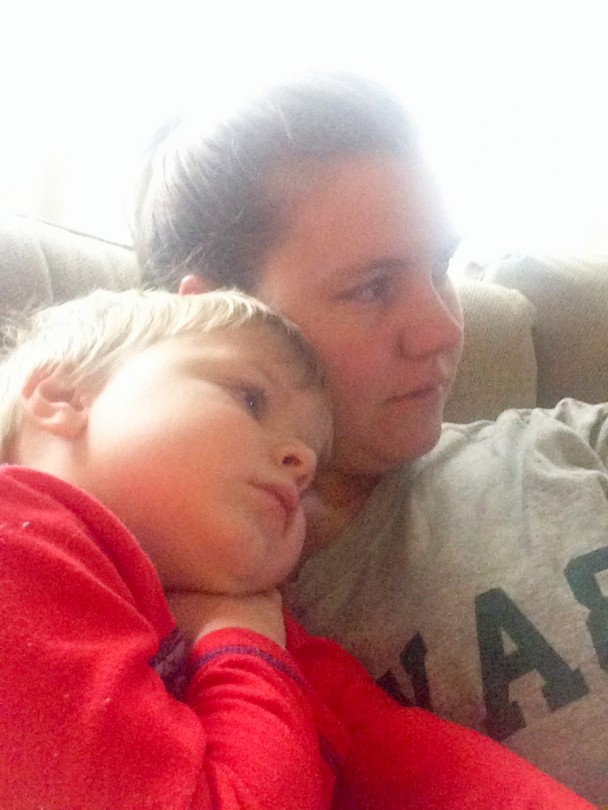 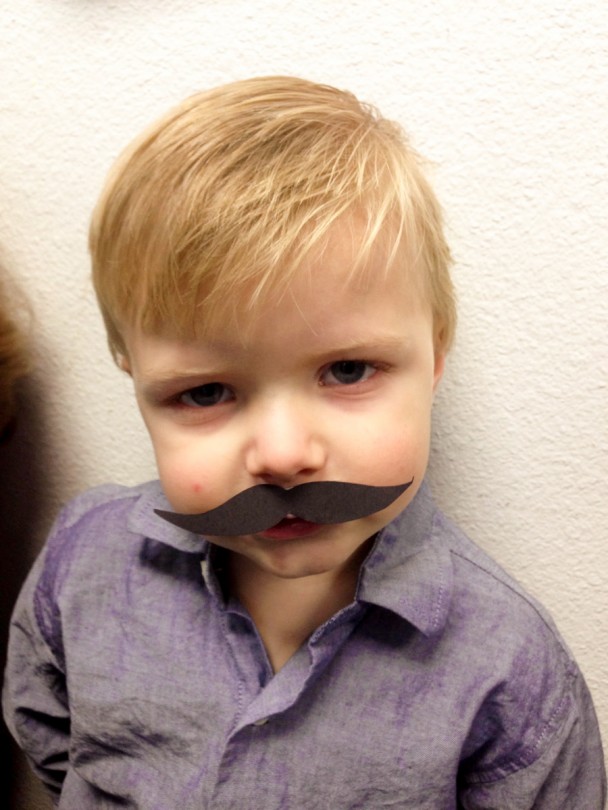