By the time we got back from Knott’s Berry Farm, we were hungry and itching to see Disneyland. We drove over to Downtown Disney and figured we could find a place to eat there. It was almost 9 pm California time, so everyone one of us was so starving. I went into the Disneyland Hotel to see what restaurant’s they had and found Goofy’s Kitchen. They had openings and said we could come in but the characters were leaving in 20 minutes. We decided that was fine, and had our first Disney experience! When the characters came by the table, Brooke was so excited to see them, hug them and interact with them. Luke on the other hand wanted NOTHING to do with them and didn’t even want to get near them. He was so afraid that he barley ate one chicken nugget the whole time we were there because he was so terrified. This was not looking good for our Disney trip. Since the restaurant didn’t have many people there, we got to see the characters several times. The greatest character was Minnie. WE explained to Minnie that Luke was scared and she literally came by the table 3 to 4 times. Each time Luke warmed more and more up to her. She was so patient with him and just let Luke come to her. By the end of the night, with some hesitation, Luke kissed Minnie on the cheek! Minnie stayed with us longer than she had to and was so patient and made this character experience wonderful for Luke. At the end of dinner, I wrote Minnie a letter telling how much we appreciated the time she spent with us and making this experience from Luke being terrified to Luke wanting to high five and talk to the characters! 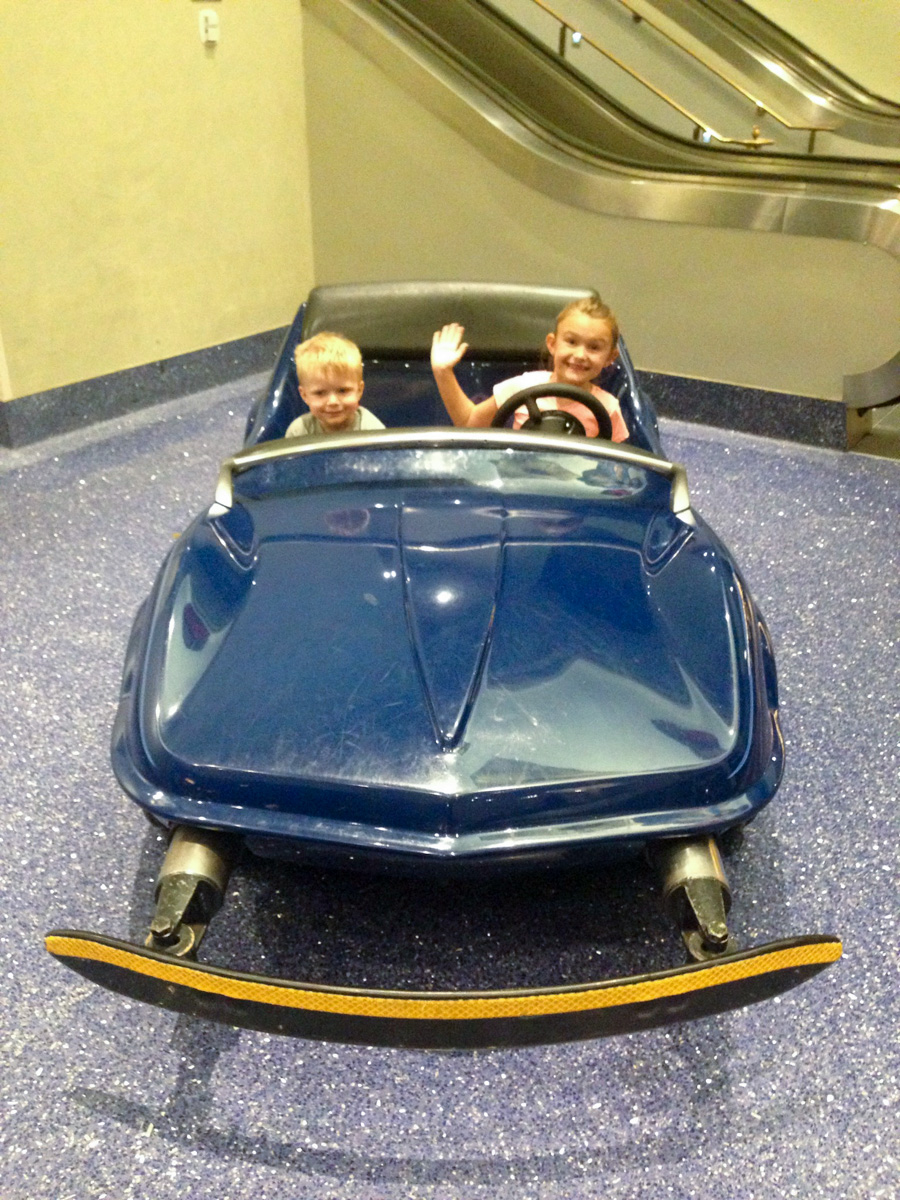 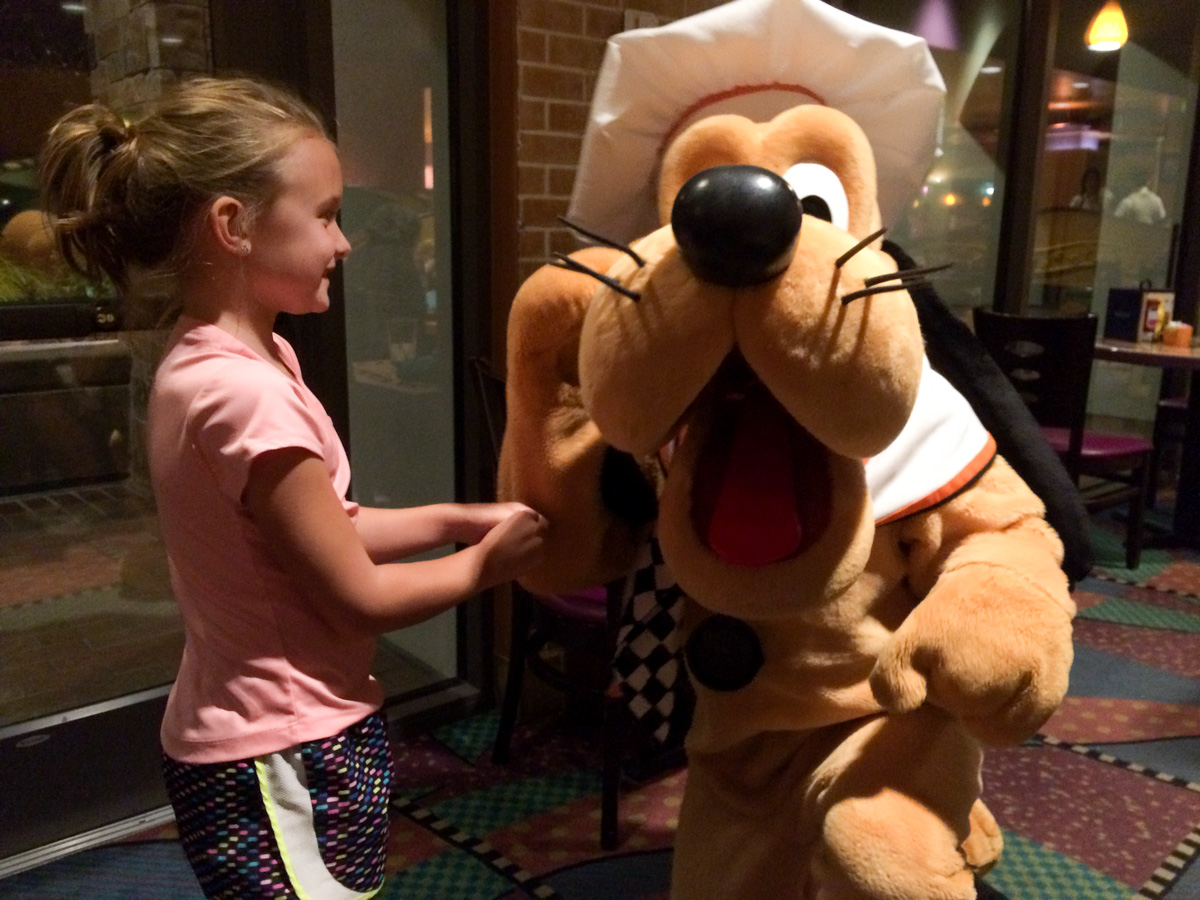 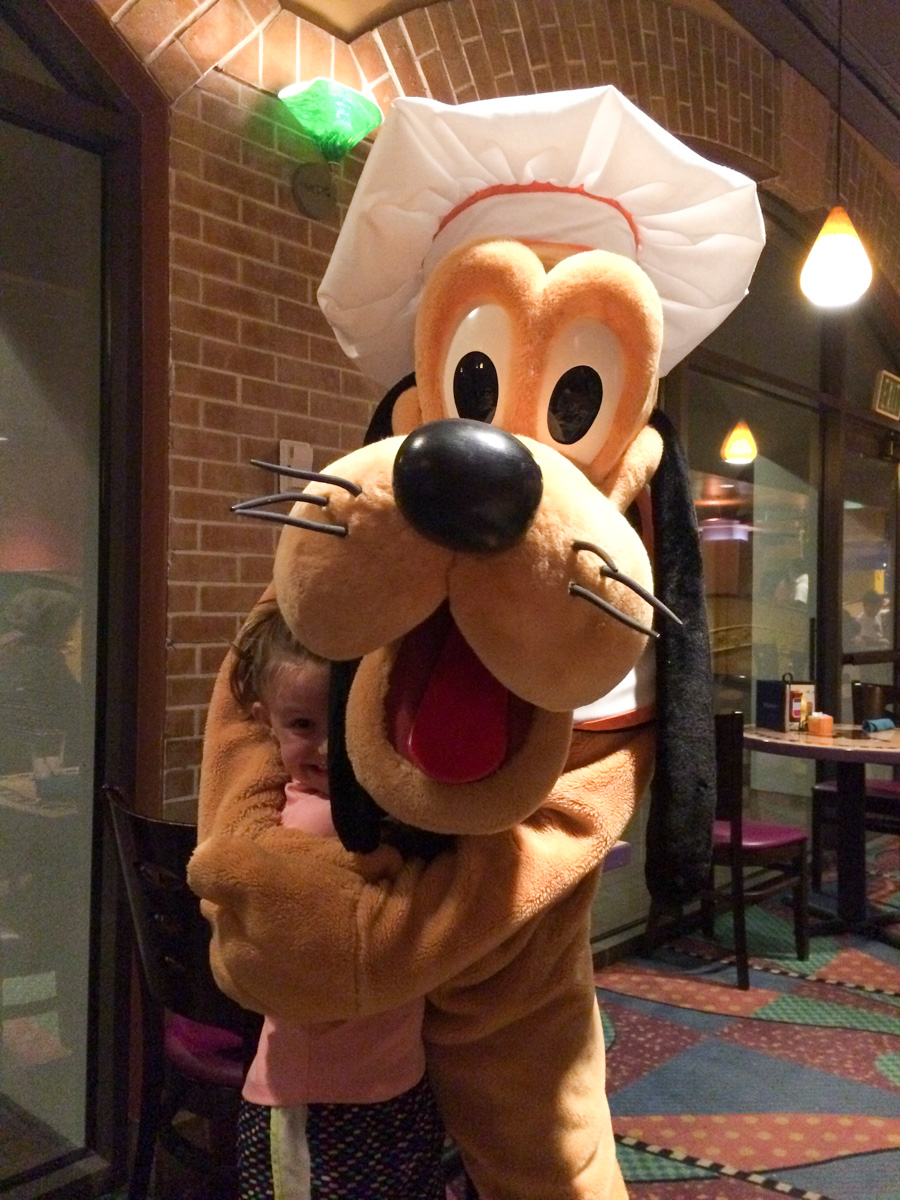 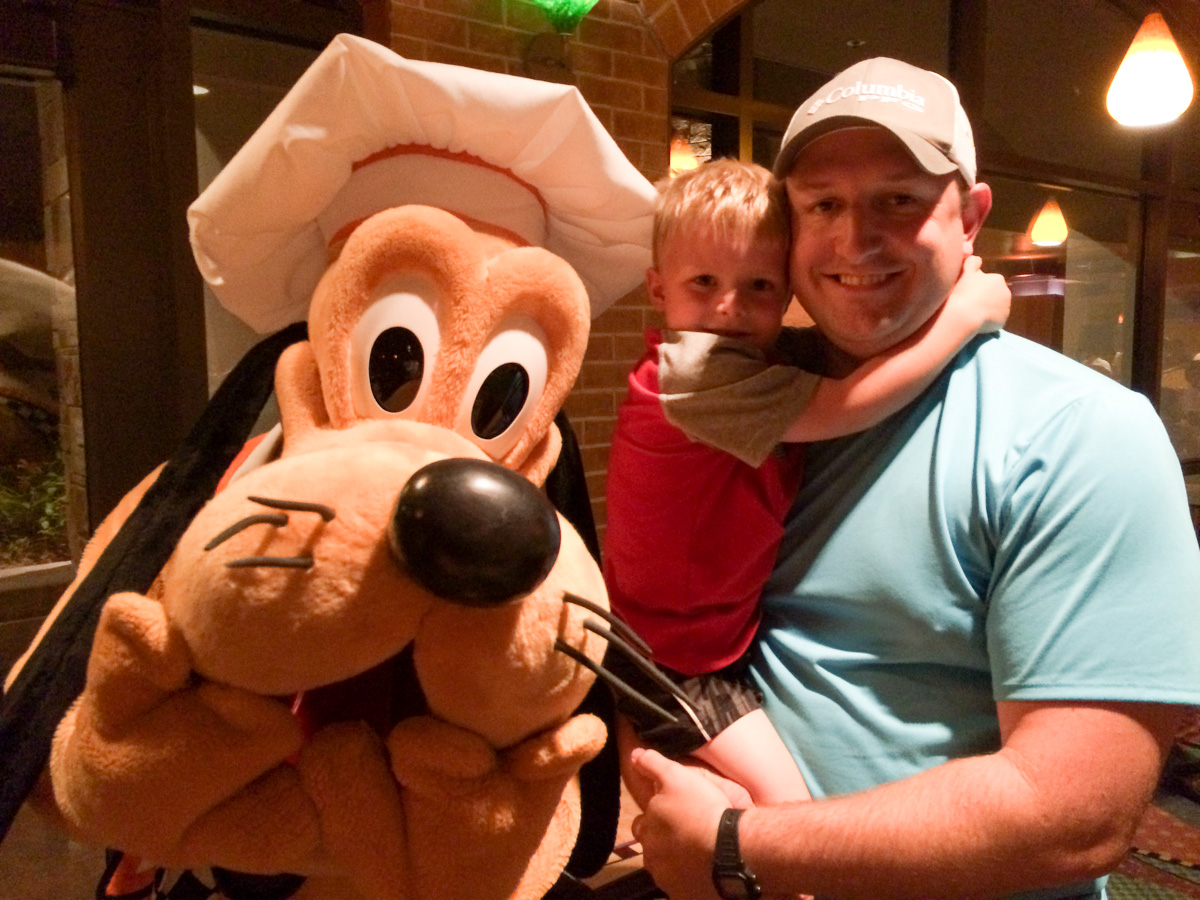 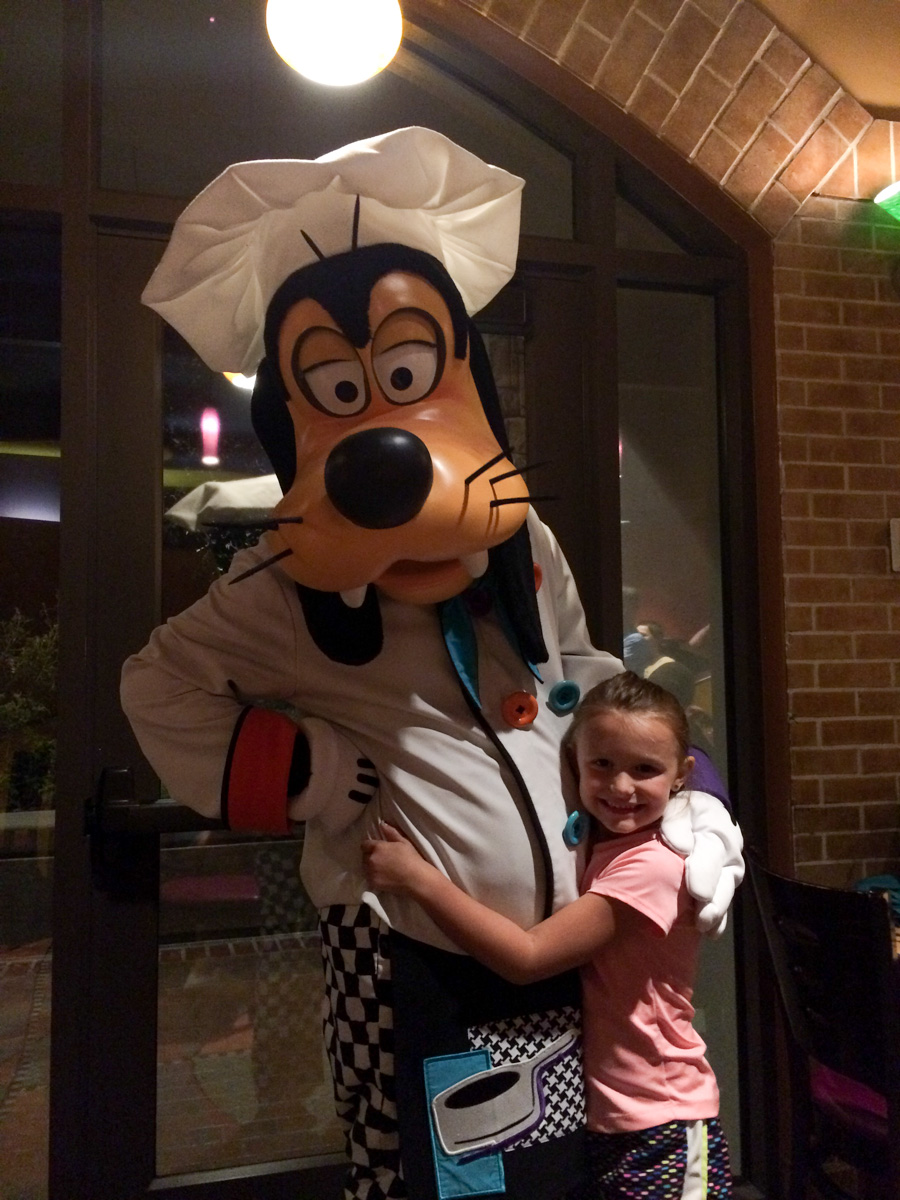 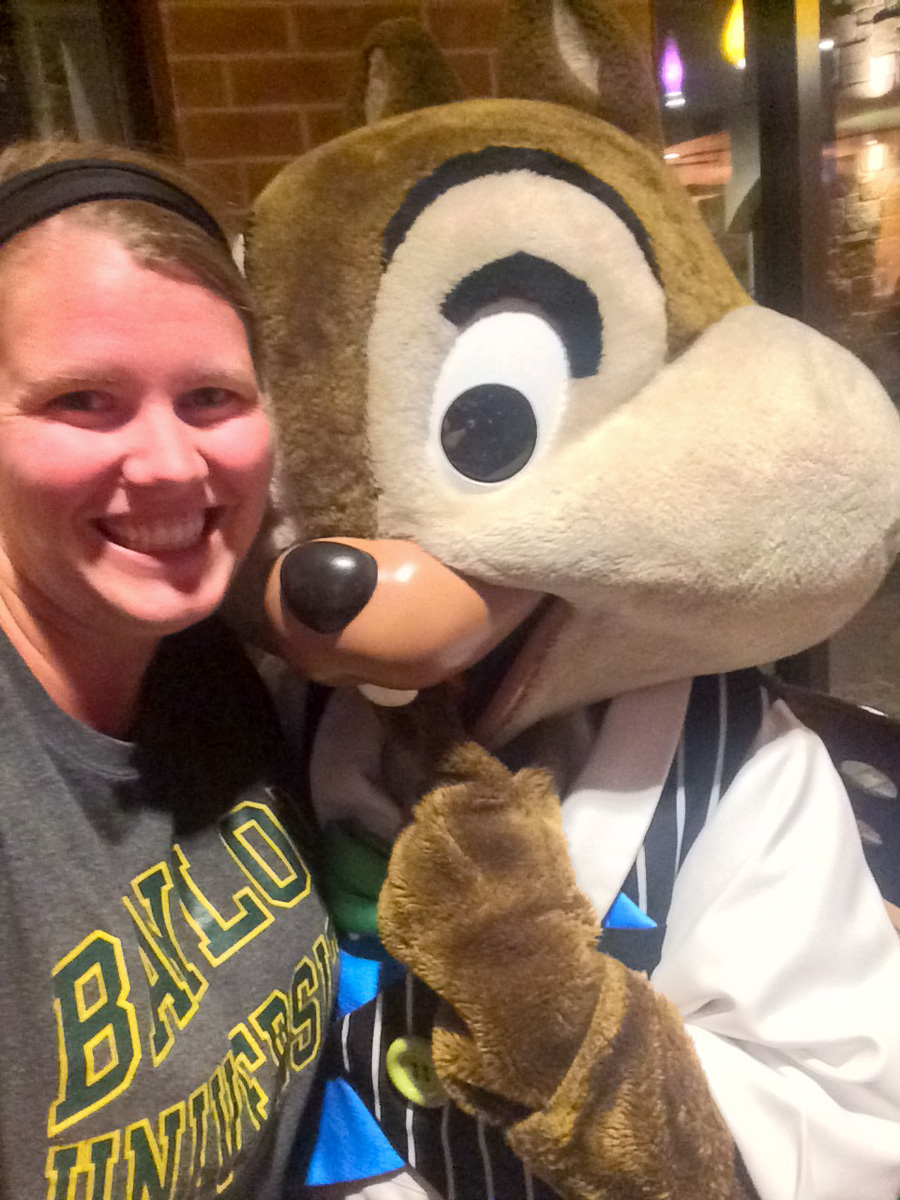 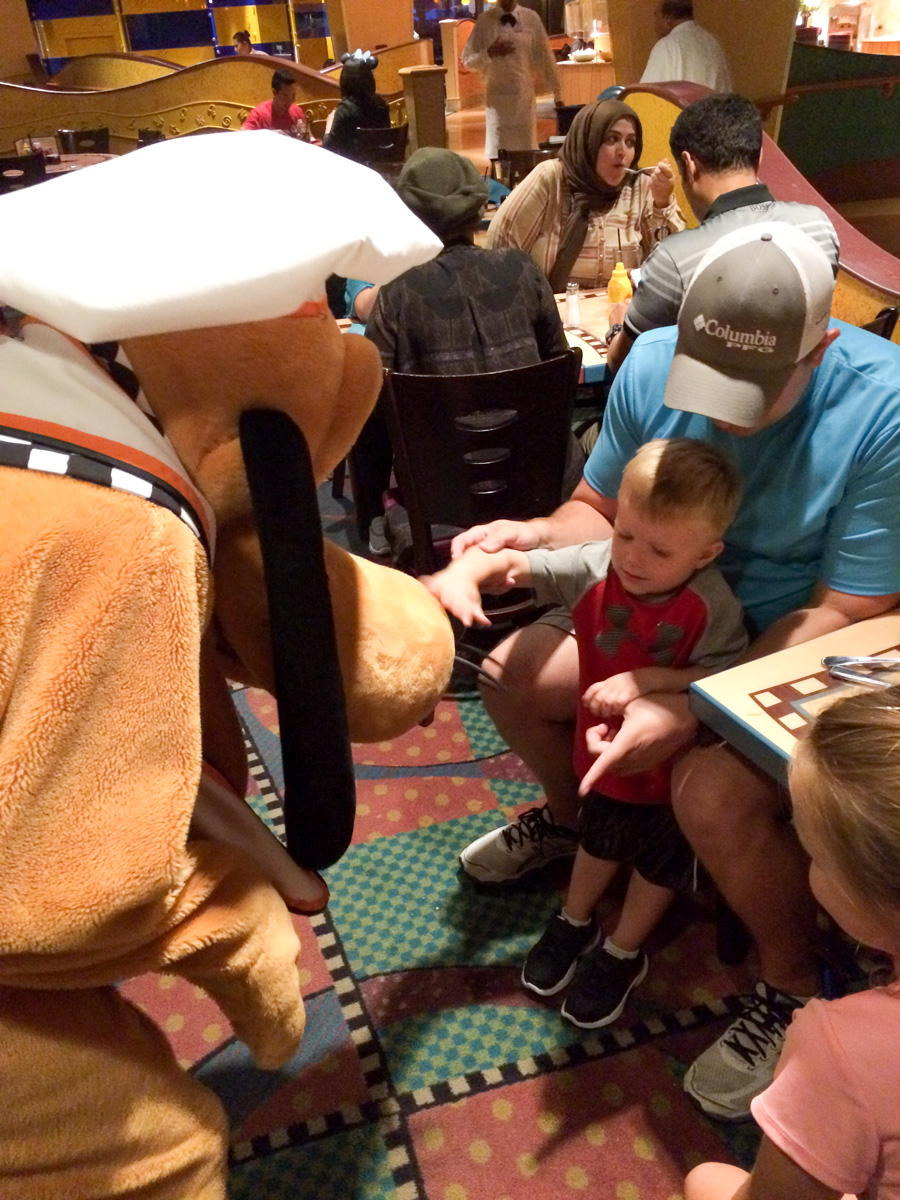 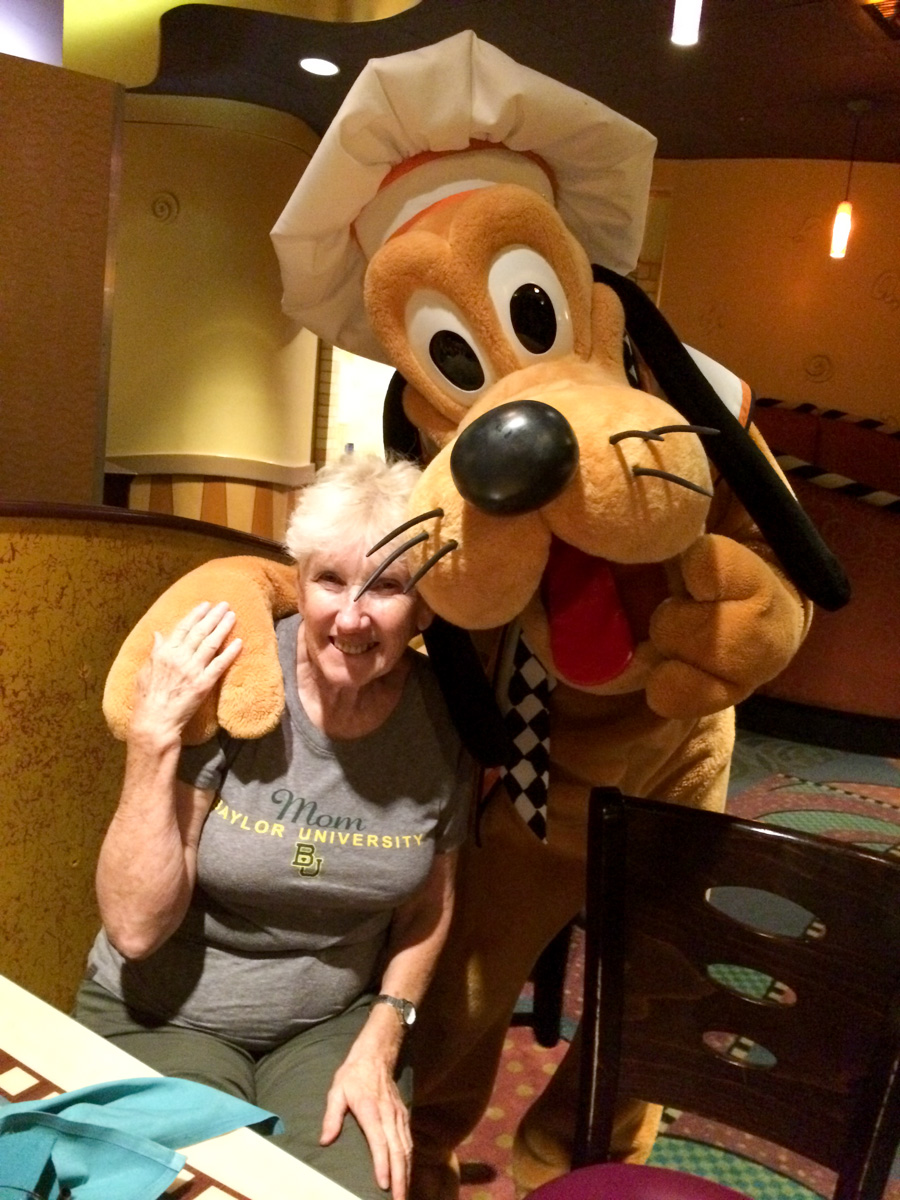 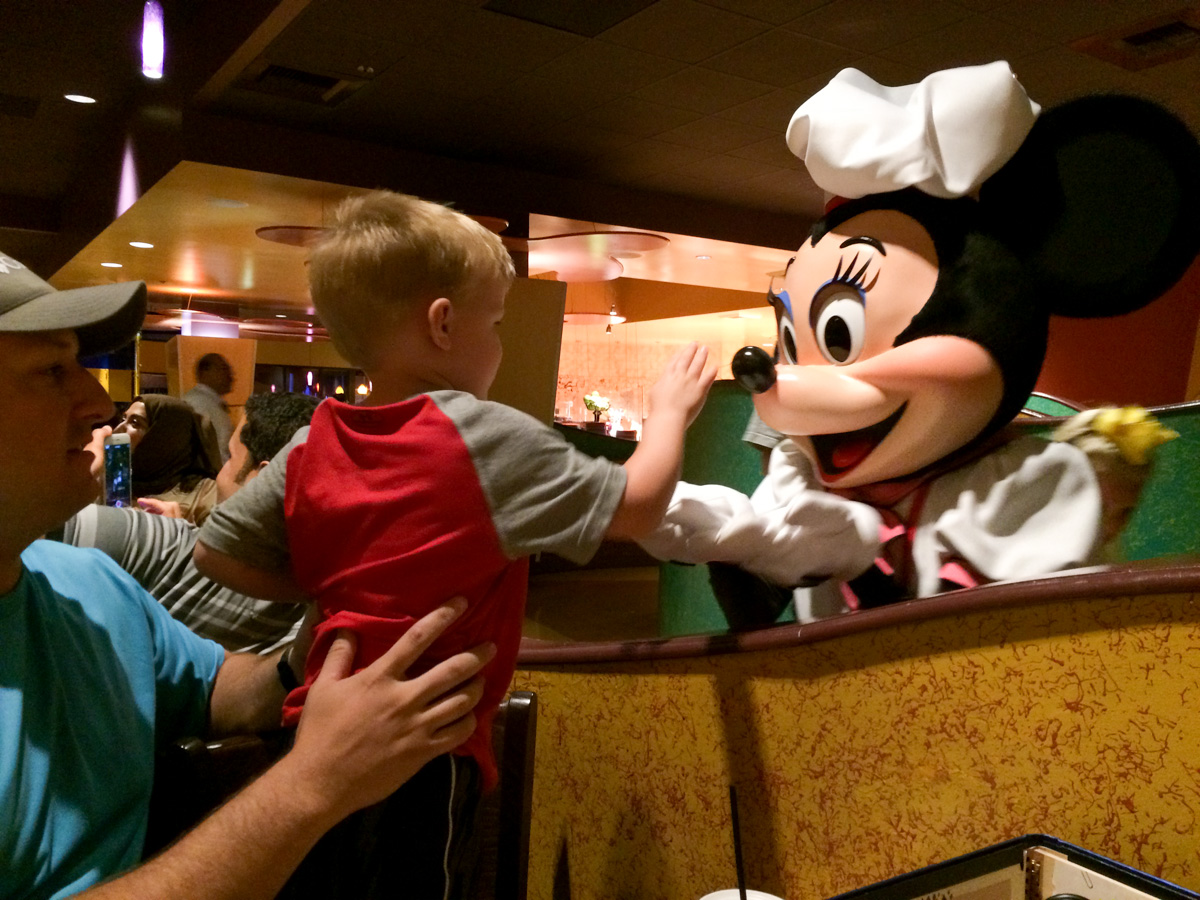 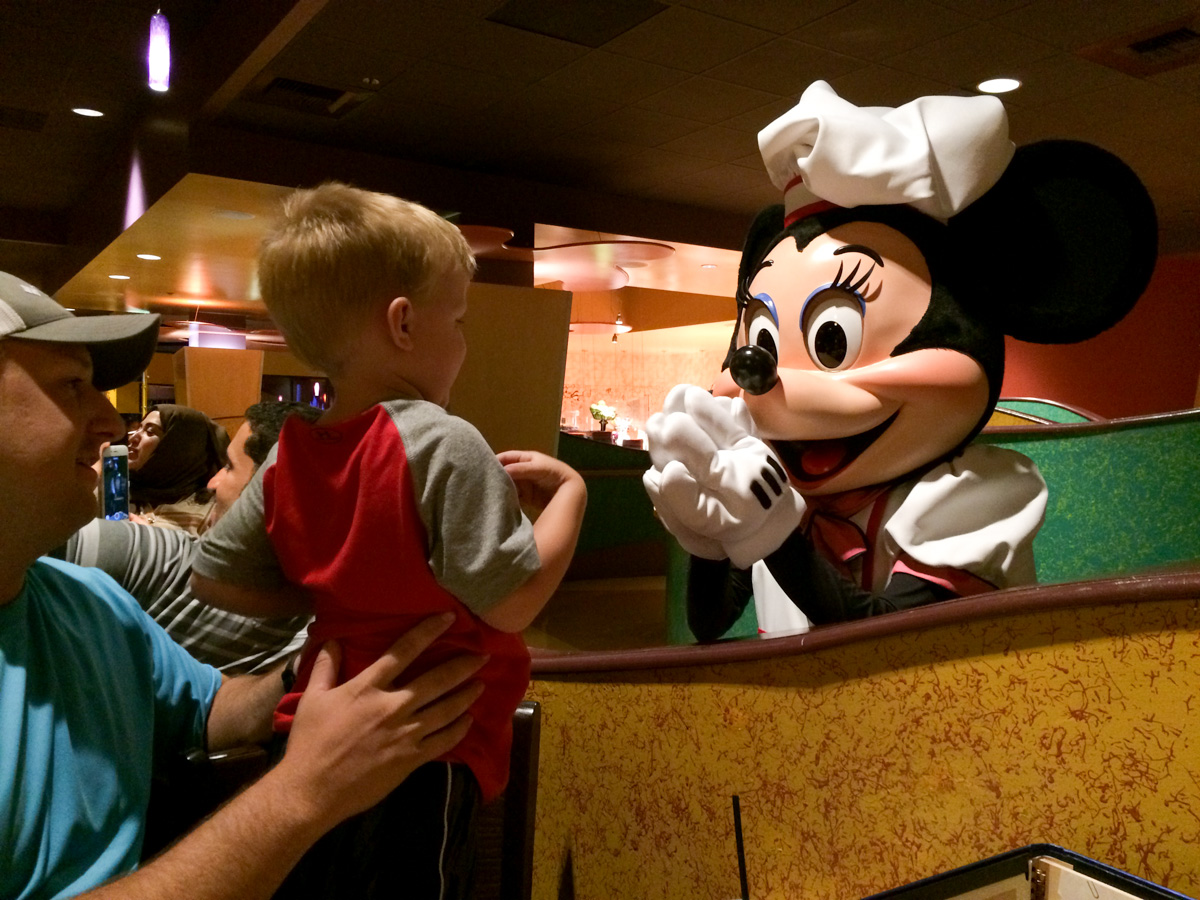 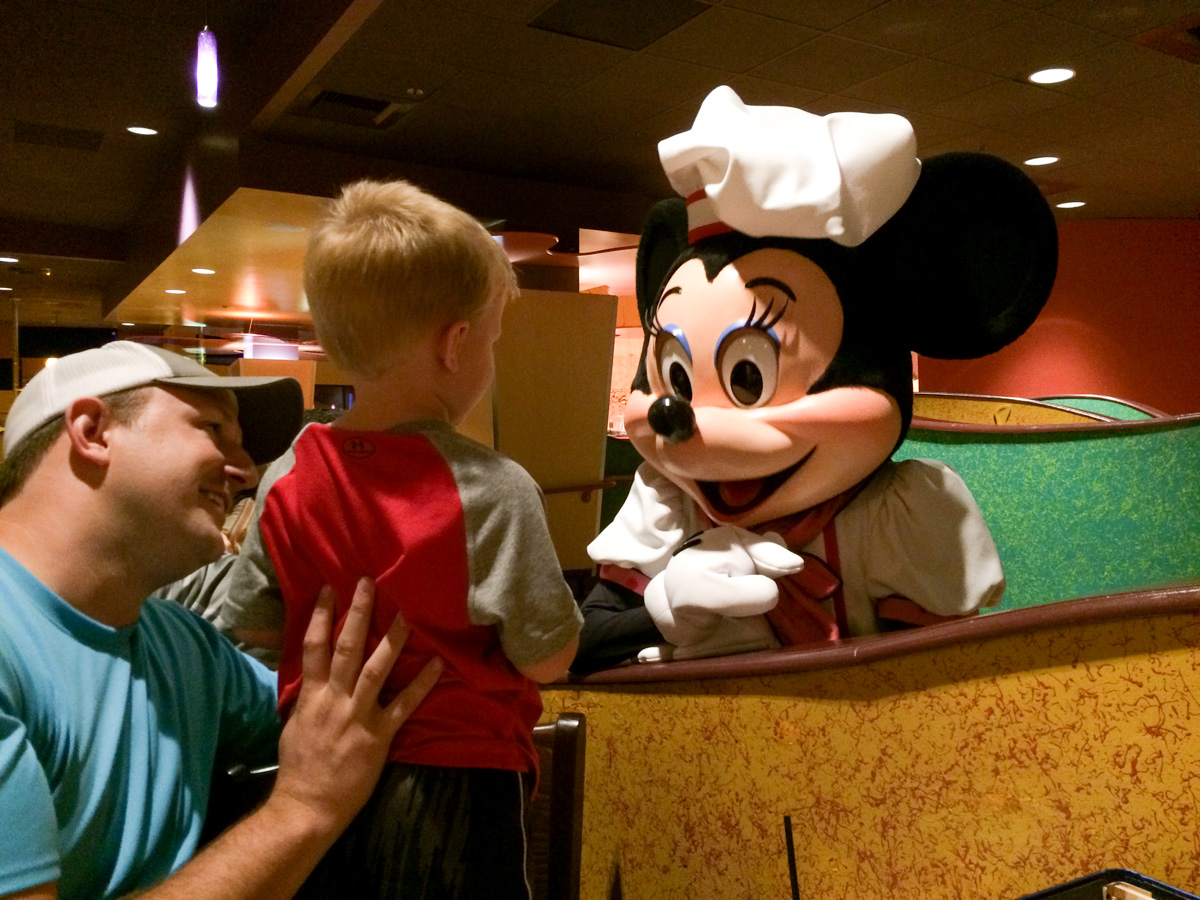 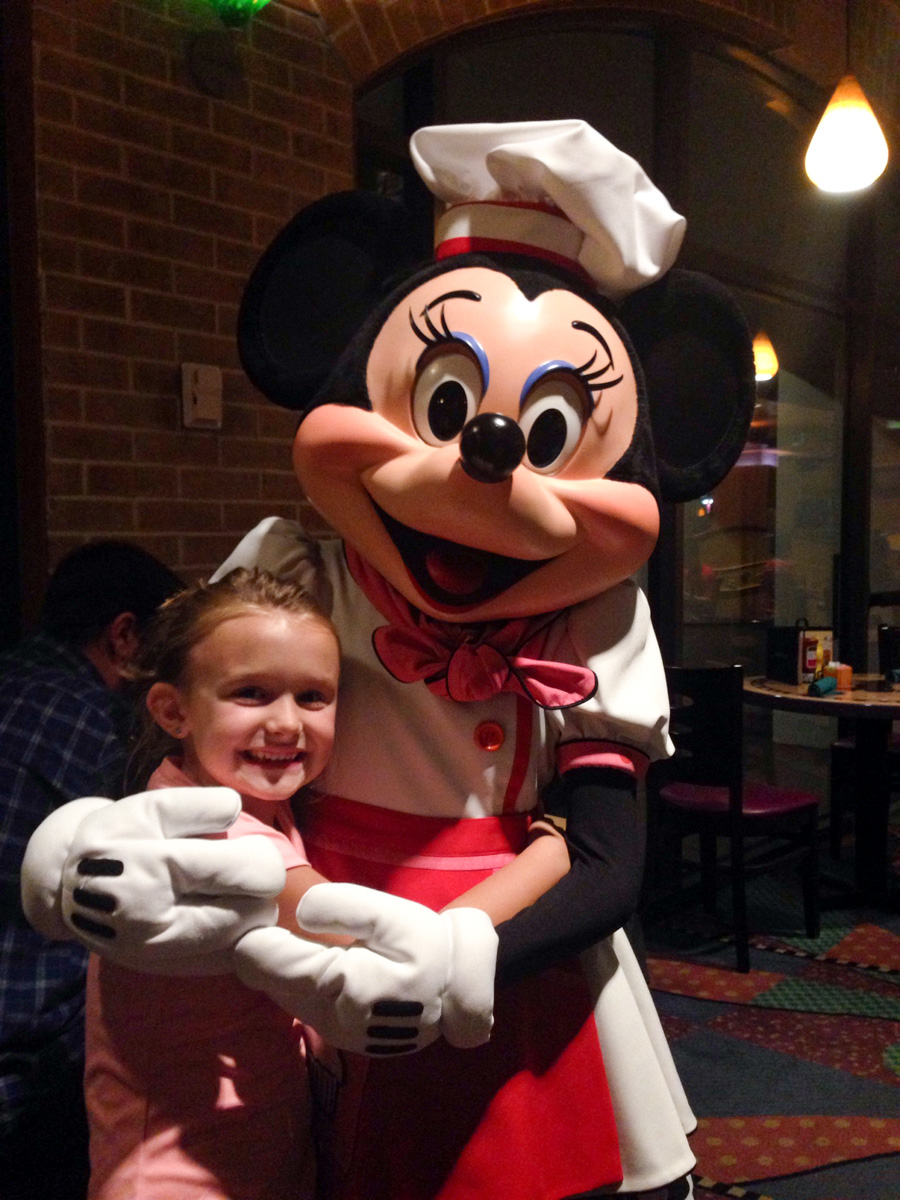 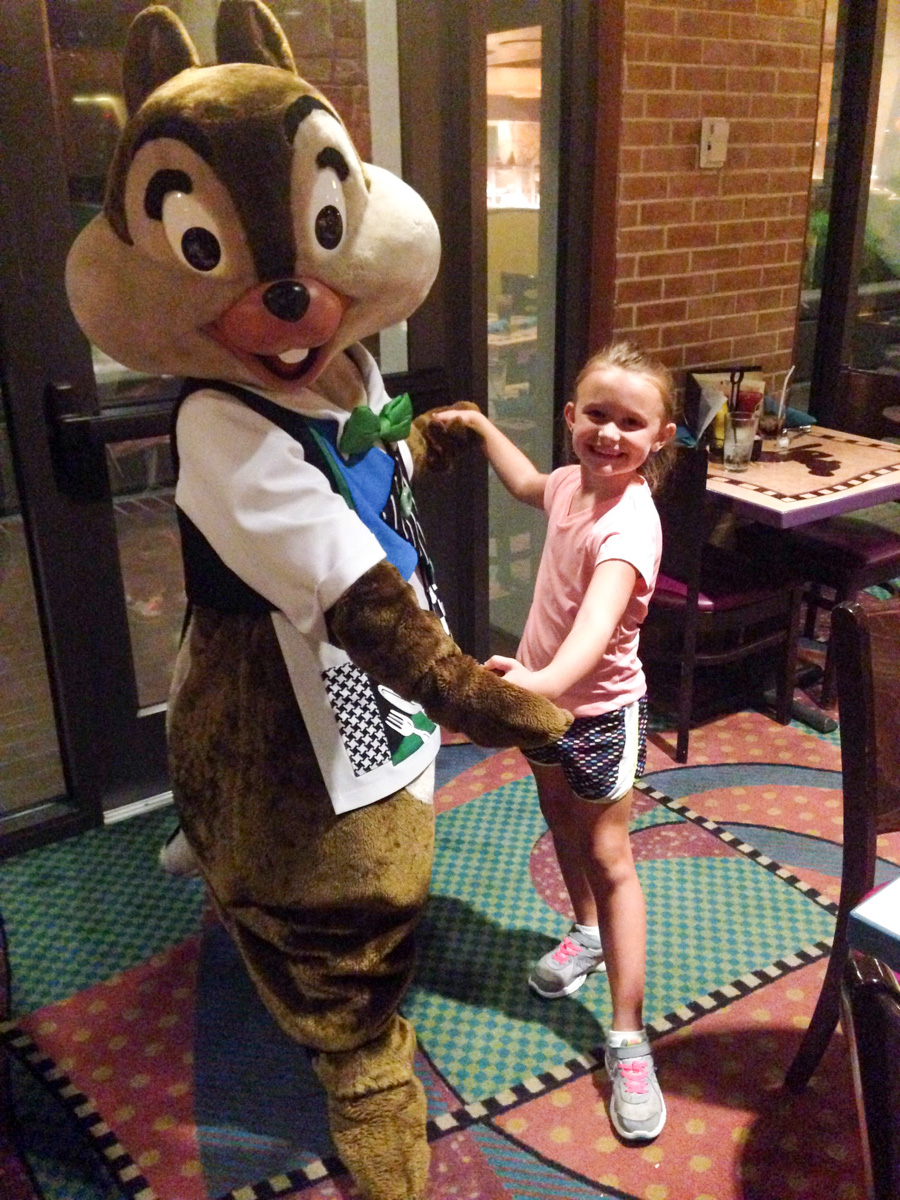