Our high school was putting on the musical, Junie B. Jones. Brooke loves these books so I asked a few moms if we all wanted to go and so we made it happen! We all met for dinner, the kids at one table and the moms at another. We made our dinner choice to be a fast one because there were lots of activities going on at the high school, so we ate at taco Casa and then went over to the high school. We were hoping to be the first 15 there because the kids would get a special prize, but we weren’t. The girls still had an amazing time and ended up with awesome seats! The girls principal was there tonight too, so we of course had to take a picture with her! I made signs for the girls to hold up and at the end of the performance they held them up for Junie B Jones to see! Our friend Christin was also in the play! She did awesome and Brooke was so excited to see her preform! After the musical, the girls got to go on stage for a picture and then meet the cast after the show! It was an awesome night and such a good musical! 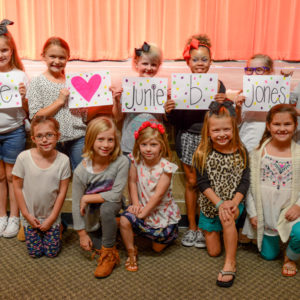 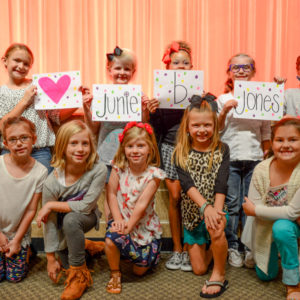 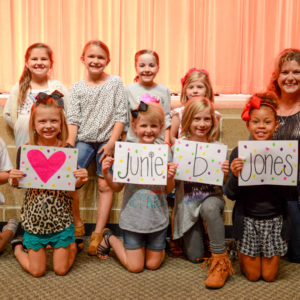 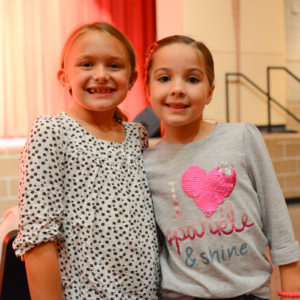 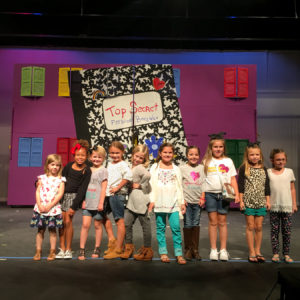 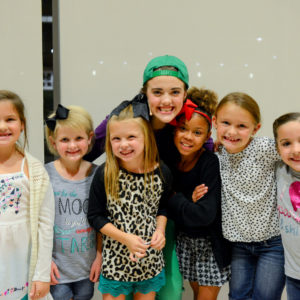 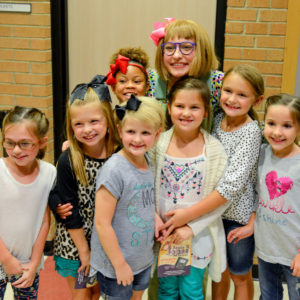 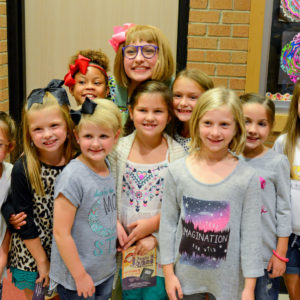 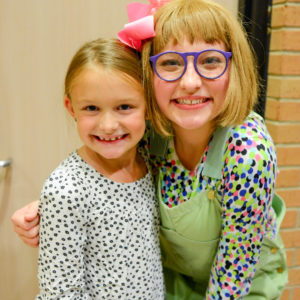